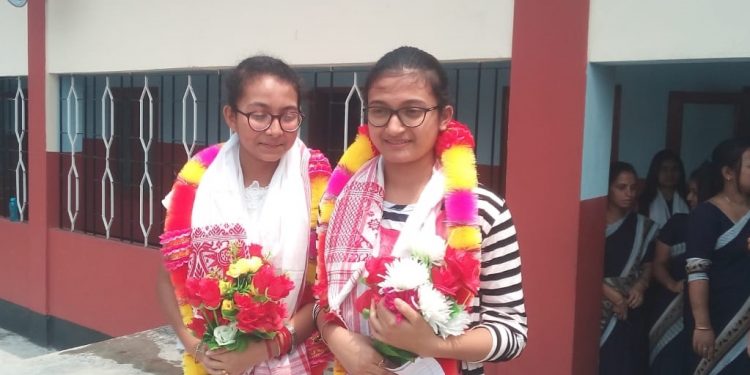 Four students brought laurels to Barpeta district of Assam by securing a place in the top ten positions of the High School Leaving Certificate (HSLC) Examination 2019, the results of which were declared at 9 am on Wednesday.

Two students of Barpeta Government Higher Secondary School- Rajashree Pathak and Avipsa Das- got the 6th position in the HSLC Exam 2019. They secured total marks of 588 out of 600.

A student of Pathsala Sikshapith Adarsha High School named Hirakjyoti Choudhury made his school proud by securing the 9th position in the HSLC Exam 2019. He got total marks of 585 out of 600.

Hirak Jyoti Choudhury, son of Nilamani Choudhury and Anita Choudhury from Pathsala, expressed happiness after securing a position in the HSLC examination. In future, he wants to become an administrative officer. He wants to pursue Higher Secondary course in Science at Pathsala. 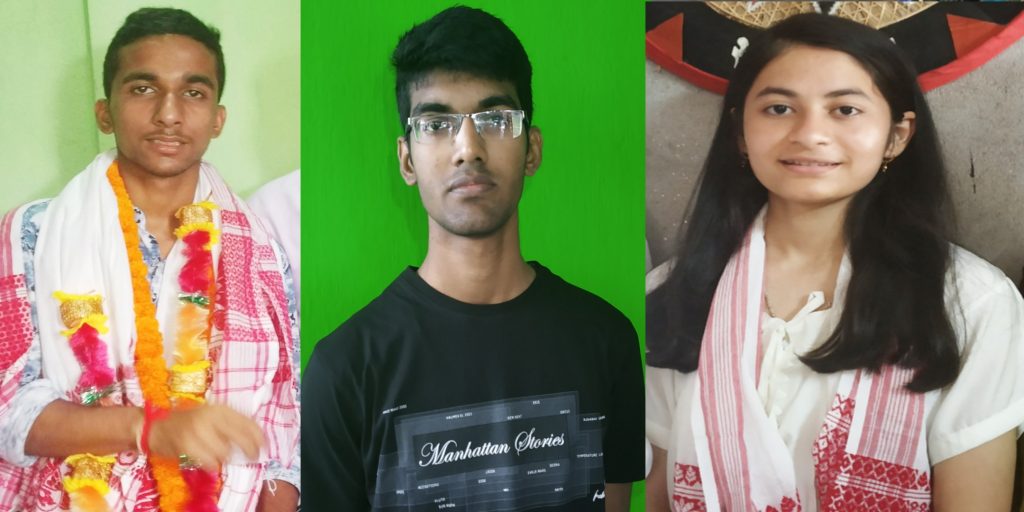 Apart from these three students, another student of the district named Uddipta Kalita of Uttar Bajali High School secured the 10th position by getting total marks of 583 out of 600.

Speaking to Northeast Now, HSLC 10th rank holder Uddipta Kalita said that he was sure to get a position in the examination.
He said he had taken help from teachers with extra classes.
Kalita said he would pursue his higher secondary course at Bajali College in Pathsala. Expressing his aim he said he would make efforts to become an administrative officer in future.
He secured 583 marks ( Assamese-92, English-96, General Mathematics-100, Science-98, Social Studies-100, Advance Maths-97).
He informed that though he doesn’t use social media it should be used judiciously by the students but not to waste time.
On the other hand, 5th rank holder Phalguni Sarma, daughter of Harekrishna Sarma and Mamani Bhattacharya from Pathsala, got 589 marks ( Ass-96, Eng-98, GM-100, G.Sc-97, SS-98, Adv Maths-100).
She wants to become a physician in future.
She will pursue Higher Secondary course from Pathsala. “Regular study thoughout the year was the key of my success,” said Phalguni.
Her mother is a teacher of a school which is yet to be taken up by government.

Barpeta district, like Kamrup Metro district of Assam, had managed to bag four positions in the HSLC exam this year.

A total of 342691 candidates took the HSLC examination this year and 202508 candidates passed the examination with an overall pass percentage of 60.23 per cent.