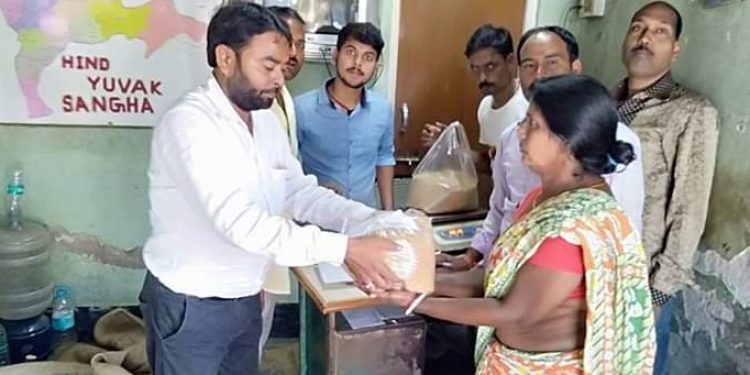 Along with other parts of the country, four days long Chhath Puja celebrations have begun in Assam’s Dhubri district.

The celebrations began on Monday with traditional ceremony of Nahay Khay, which also marks the first day of the four-day long festival.

Chhath, started on Monday will end on November 14.

‘Kharna‘ rituals will be performed on Monday, while devotees will pay oblations to the Sun God on Tuesday evening.

After paying oblation to the rising Sun on Wednesday, the Chhath Puja will conclude.

Meanwhile, the Dhubri Chhath Puja Committee with the active supports of the district administration and municipal board are jointly involved in cleanliness and prepared seven river ghats within the municipal areas for the rituals.

Elaborate security arrangements have been made at various ghats across the district including at Golakganj, Gauripur and Bilasipara town.

During the Chhath celebrations, devotees pay special prayer to the Sun God thanking for bestowing the bounties of life on earth and to request the granting of certain wishes.

Dwarika Prasad, president of Dhubri Chhath Puja Committee has urged all other communities and NGOs to extend their support during the four days celebrations of the festival.