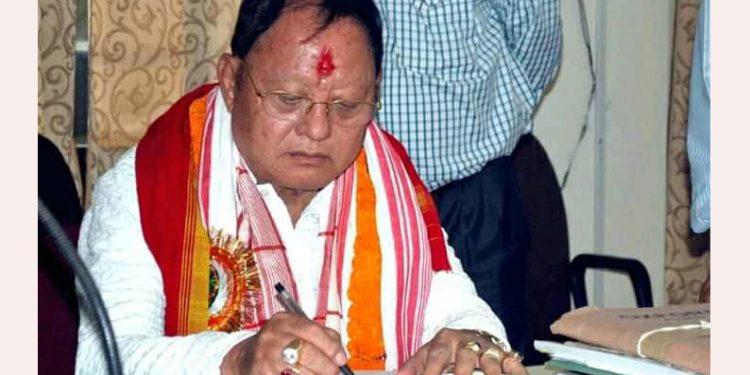 Senior Congress leader and former parliamentarian from Tezpur constituency of Assam, Mani Kumar Subba passed away in the wee hours of Monday.

Subba breathed his last at a private hospital in New Delhi.

Subba had been paralyzed after suffering a stroke a long time back and was undergoing treatment in New Delhi.

The former MP was suffering from heart ailments since 2014 when he was taken ill during campaigning in that year.

He was also a legislator of Naoboisa Assembly constituency that falls under Lakhimpur Lok Sabha constituency.

Subba was born on March 16 in the year 1958 in Darjeeling. Before moving to Assam, M K Subba stayed in Sikkim for a while.

Subba leaves behind his wife, one son and three daughters.

Meanwhile, a pall of gloom has descended in the political arena of the State after the news of his demise.