Laxmi died near the Kanhmun Forest Range in Mamit district of west Mizoram, the body was sliced, and the meat was consumed by the villagers

Assam Forest Department is all set to initiate strong legal actions against the owner of 47-year-old elephant, Laxmi, which died under mysterious circumstances in Mizoram.

The 47-year-old captive elephant, Laxmi, died few days ago near the Kanhmun Forest Range in Mamit district of west Mizoram, bordering the Jampui hills of Tripura.

Later, the body of the dead elephant was sliced, and the meat was distributed and consumed openly by the villagers.

“We are now going to serve notice to the owner of the elephant,” Sunneydeo Choudhury, divisional forest officer of Cachar told Northeast Now on Friday.

It was found that one Md. Mastufa Ahmed Laskar of Sonai in Cachar district of Assam had “illegally” leased it to one Pu Khualhina of Kanhmun (a timber smuggler) in Mizoram for carrying heavy logs in the jungle.

No permission was granted by the Assam Forest Department to transport or transfer Laxmi to anyone Mizoram.

On Tuesday, the Sunneydeo Choudhury had directed the owner of the elephant to submit a post-mortem report from a government veterinarian within 48 hours describing the exact cause of death of the animal.

As the owner of the elephant, Md. Mastufa Ahmed Laskar, failed to submit the post-mortem report within the specified time, the Assam Forest Department is now getting ready to issue the legal notice.

The 47 year old female elephant apparently died of cardiac arrest because of uninterrupted hard work in the hills terrain of Mizoram.

Though the Assam Forest Department officials did not specify the sections, it is obvious that the case will be registered under Section 9 and Section 40 (2A) of the Wildlife (Protection) Act, 1972. 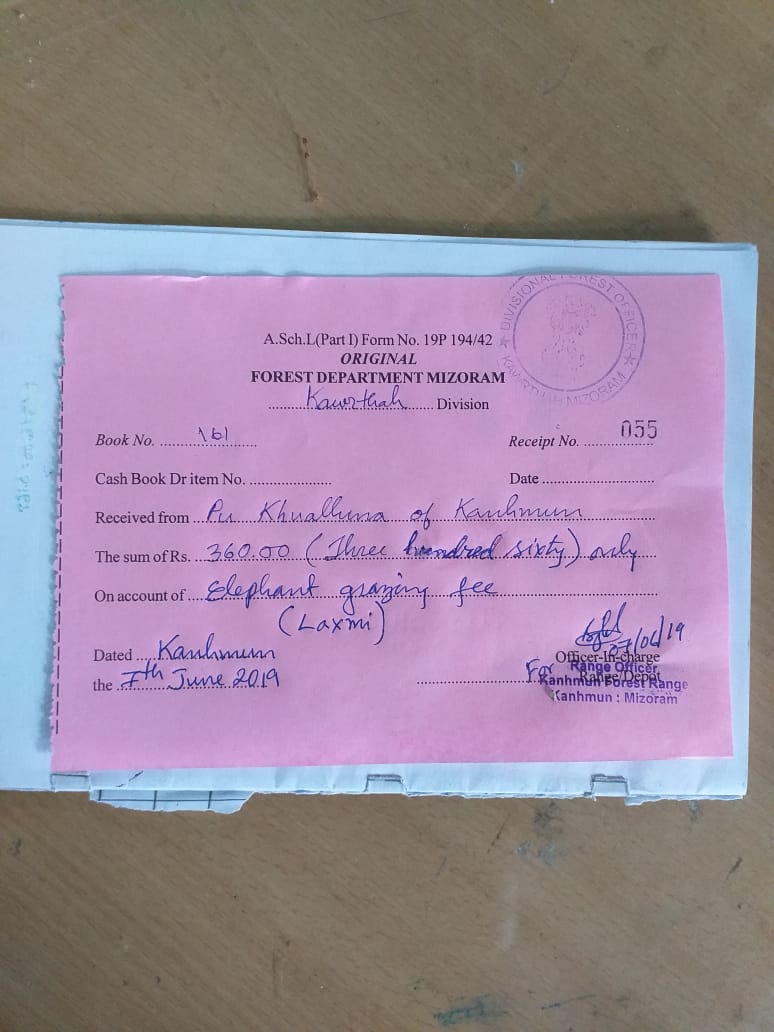 As per Section 40 (2A), no person shall sell, offer for sale or otherwise transfer or transport any animal specified in Schedule I without the permission of the Chief Wildlife Warden.

It was also reported that the ownership certificate of the elephant, which was issued by the Assam Forest Department to Md. Mastufa Ahmed Laskar, had expired on August 2014.

Taking cognizance of the incident of Laxmi’s mysterious death in Mizoram, the Assam Forest Department on Thursday evening issued a notice to senior officials to immediately inquire into all cases of illegal transportation of captive elephants.

The notice was issued a notice to the Special PCCF, Karbi Anglong, Additional PPC, Kokrajhar, and CCFs of Lower Assam, Upper Assam and Dima Hasao.

The Assam Forest Department issued the notice because there are reports that owners of elephants often illegally lease out the animals to Nagaland and Mizoram for carrying heavy logs in the hills jungles.

Meanwhile, the Mizoram Forest Department has been caught on the back foot over the 47 year old elephant’s death. 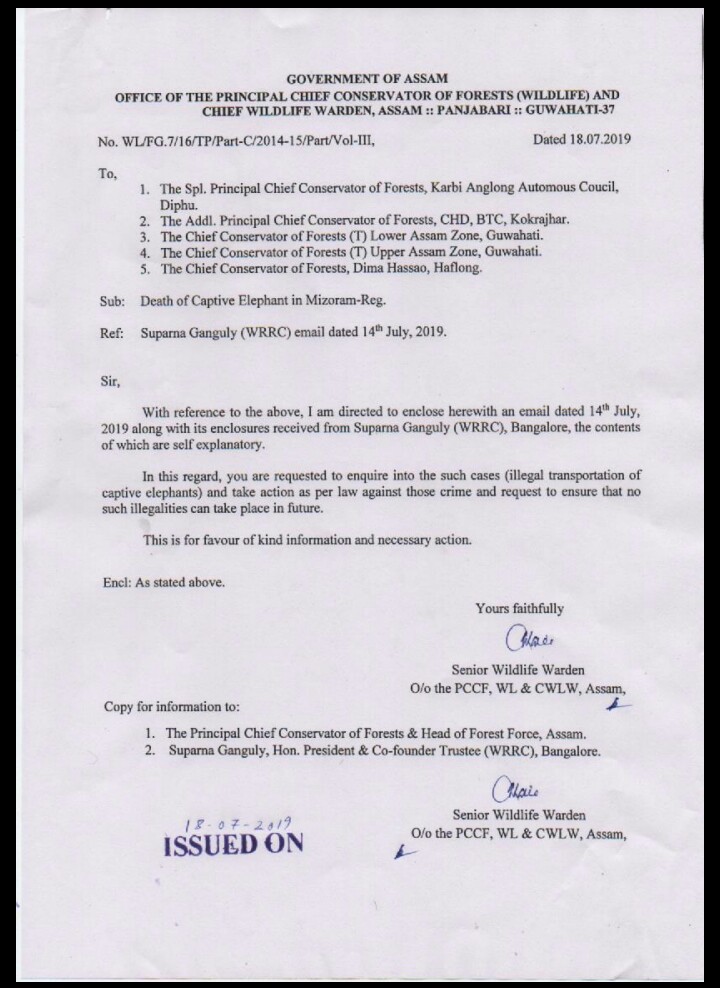 Animal rights activists have started questioning as to how the Mizoram Forest Department issue grazing permit on June 7, 2019 to the elephant which was transported illegally to Mizoram and the ownership certificate had also expired.

As per Rule 12 of the Declaration of Stock Rules, captive elephants in respect of which ownership certificate has not been granted or obtained could be treated as government property.

If the ownership certificate issued to Md. Mastufa Ahmed Laskar for Laxmi expired in August 2014, it is surprising as to why the Mizoram Forest Department did not confiscate the elephant.

There are several other elephants (all from Assam), who are forced to carry heavy logs by a section of timber smugglers in Mizoram. All the elephants are in poor physical condition and health in Mizoram.