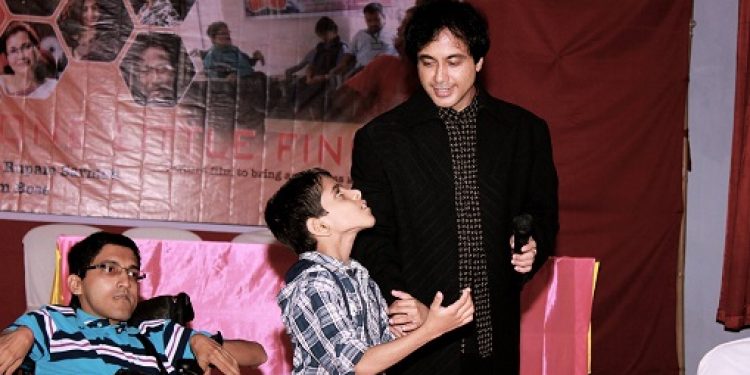 Assam filmmaker Rupam Sarmah’s ‘One Little Finger’?received the world’s largest honour for video and TV content with three awards in music, direction, and social awareness in the 40th annual Telly awards in the United States recently.

In the 40th Annual Telly Awards, One Little Finger has been named as winners in three categories, Best Use of MUSIC (Gold); Best Direction (Bronze); Best Public Interest/Awareness (Bronze).?

“One Little Finger is pushing the boundaries for video and television innovation and creativity at a time when the industry is rapidly changing,” said Sabrina Dridje, managing director of the Telly Awards.

“This award is a tribute to the talent and vision of its creators and a celebration of the diversity of work being made today for all screens.”

Nayan Jyoti Sarmah, an SBI official and executive producer of the film had received the award on behalf of his brother Rupam.

The Telly Awards were introduced in 1979 to honour excellence in video and television across all screens. Some of the highlights from this year’s winners include content from Passion Pictures & CNN, CBS Interactive, National Geographic, PBS Digital Studios, and others!

Rupam Sarmah, writer and director of One Little Finger said that the movie was a narrative feature film which brought awareness about disability and human rights, and promoted inclusion and diversity.

“Over 80 children and adults with disabilities have acted in this film. Some of them have genetic disorder, cerebral palsy, hearing impairment, mental retardation, autism, downs syndrome, multiple sclerosis, dementia, etc. Over a billion people live with some form of disability. One child in 20 is disabled, but physical disability is not a chance, or unfortunate occurrence, it is part of the human life cycle as we age or take turns in our life. In fact, we all know someone or our loved ones in our families with some disabilities who needs our love — could be our parents, friends, brothers, sisters, children; so we need to treat everyone with love and respect as a human being,” he said.  The music is Directed by Rupam Sarmah himself. The background score is composed by Rupam Sarmah and Stephen Melillo.