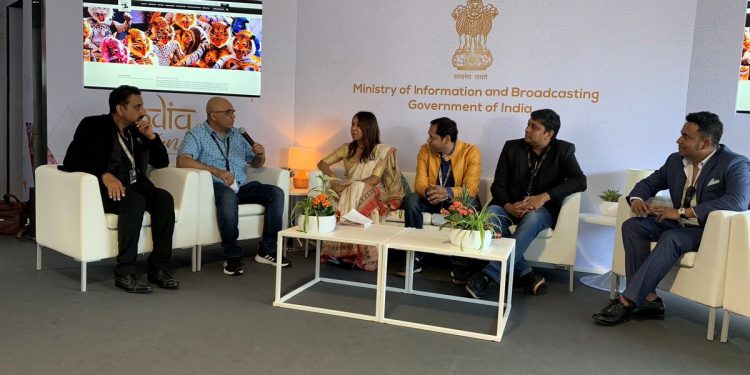 Assam filmmaker Rima Das made the State proud again by her gracious representation at the Cannes film festival this year.

Rima, who had already brought laurels to the State with her two famous films ‘Village Rockstars’ and ‘Bulbul Can Sing’ participated in various events at one of the world’s most prestigious film festival.

She also made her appearance as a panelist at the ‘India Pavilion’ of the Cannes film festival. The event was organized by Ministry of Information and Broadcasting, Government of India and inaugurated by the ministry’s secretary Amit Khare.

Central Board of Film Certification (CBFC) chairman Prasoon Joshi and producer Bobby Joshi were also present at the event.

Rima gave her views on how to make regional films reach the global audience which was one of the main topics discussed at the ‘India Pavilion’.

She later interacted with the students of Georgia University where she discussed about her films with them. Rima also attended the screening of some films at Cannes.

It may be mentioned that Rima’s film ‘Bulbul Can Sing’ got a ‘Special Mention’ award at Osaka Asian Festival 2019 held in Japan. The film festival was held from March 8 to March 17.