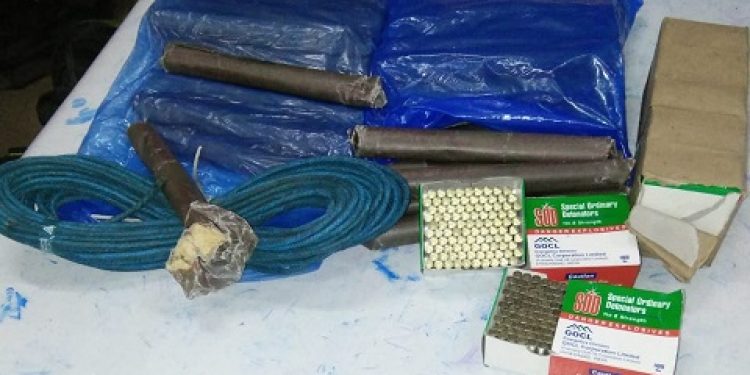 In a sensational incident, Personnel from the Government Railway Police seized three bags containing explosives at the Guwahati railway station on Monday morning during a routine checking.

The GRPS personnel recovered the three bags found abandoned at platform number 3 while Up Abodh Assam express train was at the platform.

The bag contained the following explosives:

In the other incident, another bag was also recovered from near the toilet of AC 2 tier coach of same Up Abodh Assam express train by Jagirod GRP-OP staff as unclaimed contacting following explosive items:

All the items are seized and a case has being registered in this regard.

Meanwhile, investigation is on and details are awaited.