Tea tribe people have population of almost four lakh in Dibrugarh constituency, out of 11 lakh population and they play a major role during election 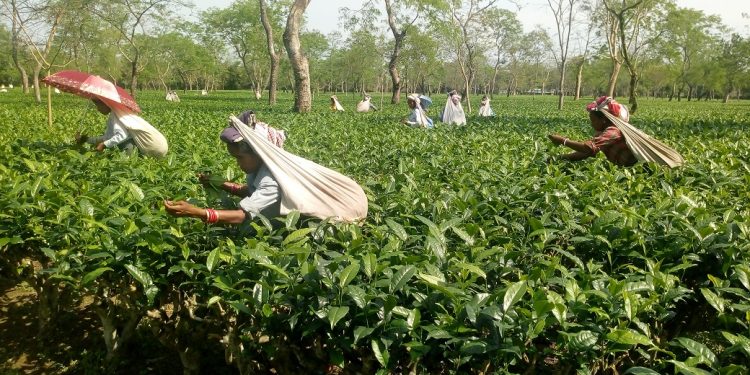 Tea tribe people have a population of almost four lakh in Dibrugarh constituency, out of 11 lakh population and the community from the tea tribes plays a major role during the election.

“We are getting Rs 167 daily wages but after deducting the Provident Fund (PF) fund amount we are receiving Rs 142 to 143. We have got free rice from the government and also get other facilities from the government which we didn’t get earlier from the Congress government. We appeal the government to think about our daily wage issue,” said Bogi Sabor, a tea plucker at Mancotta tea garden.

“In Dibrugarh the fight will be between Congress and BJP. Dibrugarh is earlier known as a Congress bastion but in 2014, the saffron party penetrated into their bastion but this time it will interesting to see who will win from this seat. We appeal everyone to come out and caste hundred per cent votes,” said Bisarju Mech, a resident of Dibrugarh.

Priya Tanti (40), a worker at Chabua Tea estate said, “The leaders come before election to seek votes but after election was over they didn’t come to us to know our problems. Our quarters were ramshackle but neither the tea management nor the administration does anything to repair our quarters. For decades our community leaders representing the Dibrugarh seat but none of them has done anything for us.”

Both Congress and BJP have geared up election campaign in the tea belt and doing all sorts of promises to seek votes from them.

“We have been exploited since ages. Earlier British have exploited our people, now the political parties are making all sorts of promises to garner votes. This time our people will vote for development,” said Pronob Tanti, leader of tea tribe community.