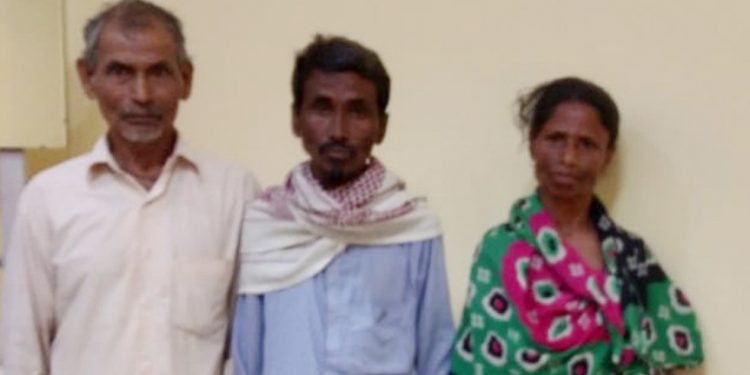 The three declared foreigners who have been apprehended by Darrang police. Image - Northeast Now

Darrang police on Thursday apprehended three declared foreigners and forwarded them to the detention centre at Tezpur in Sonitpur.

Also read: 20 more Bangladeshis to be deported from Assam on May 4

It may be mentioned that on January 19 this year, 21 Bangladeshi nationals were deported to their country and another batch of 20 Bangladeshis would be deported from Assam on May 4.

All of the bangladeshi nationals will be sent back once again through Karimganj border of Sutarkandi to Bangladesh.

Three of the detainees are residents of Kishoreganj. They are – Rabindra Das, Digendra Chandra Das and Shah Ali Mia.

The five others are – Md Ibrahim alias Ibrahim Talukdar and Faruk Mia, who are from Moulvi Bazaar; Sayed Al Amin, who is from Habiganj; Rabiul Sardar is from Gopalganj and Parimal Jaldas is from Coxbazaar.