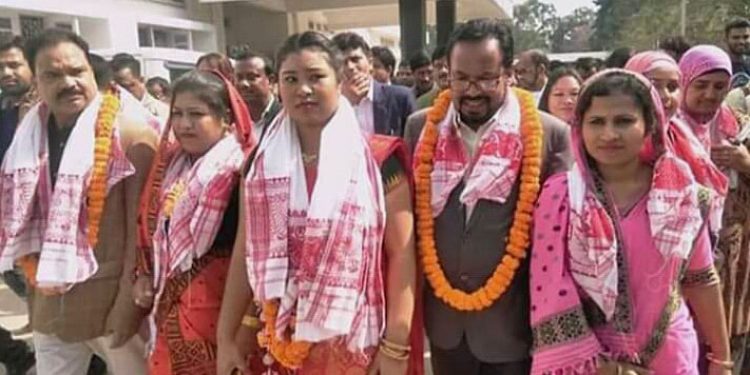 In a meeting, held at the DC’s conference hall, presided over by deputy commissioner Varnali Deka, the new committee was formed under Section 70 of Panchayatiraj Act 1994 with secret ballot papers.

Demjia defeated Porita Rankho by one vote, who was the common opposition candidate of Rabha Hasong Joint Movement Committee, AIUDF and BJP, and became the president of the Goalpara Zila Parishad.

Significantly, Firoza Begum, AIUDF member from Jaleswar constituency remained absent in the election which melted the chance of the opposition to stand equal with the winning Congress candidate.

On the other hand, Sharifa Ahmed, an independent candidate, who defeated Congress MLA AK Rasid Alom’s sister at the Matia constituency in the election, became the vice president of the new zilla parishad committee.

In the sixteen-member Goalpara zilla Parishad, Congress had won seven seats, both BJP and AIUDF three seats each.

“Despite tremendous pressure and temptation by the opposition to the newly elected members, we have occupied the Parishad,” said an elated Rasid Mondal.