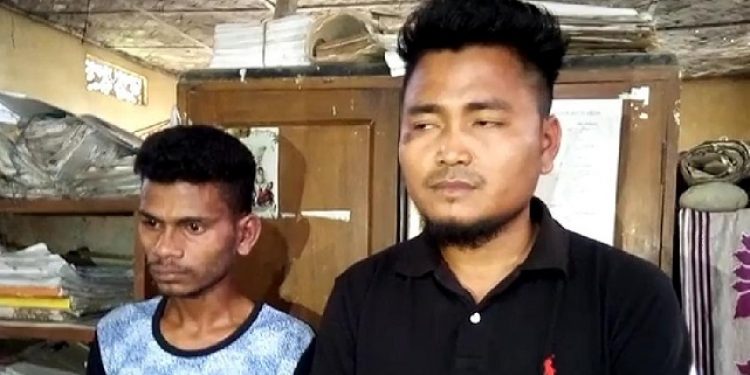 According to sources, Inspector Ashim Bora, Officer-in-Charge of Tamulpur Police Station received on an information that a car, stolen from Guwahati, was coming towards Tamulpur.

After getting the information, Inspector Ashim Bora launched an operation at Charangbari village in cooperation with Rajen Boro, in-charge of Gandhibari Police Outpost and Circle Organiser of Village Diffence Organisation of Tamulpur, Dilip Das and recovered the stolen car from the roadside in Charangbari village under Tamulpur Subdivision town in Baksa.

The police were also able to nab two youths from the spot.

The two arrested youths have been identified as 26-year-old Rahul Basumatarry, son of Ajit Basumatary of Lalganesh in Guwahati and Ajay Choudhury.

However, two other youths managed to escape from the spot.

The arrested youths have been lodged in Tamulpur Police Station for questioning.

The police recovered the Tata Sumo Gold car while the car-lifters were trying to change the original number plate and tyres of the car.

A case has been registered against duo and interrogation is going on.