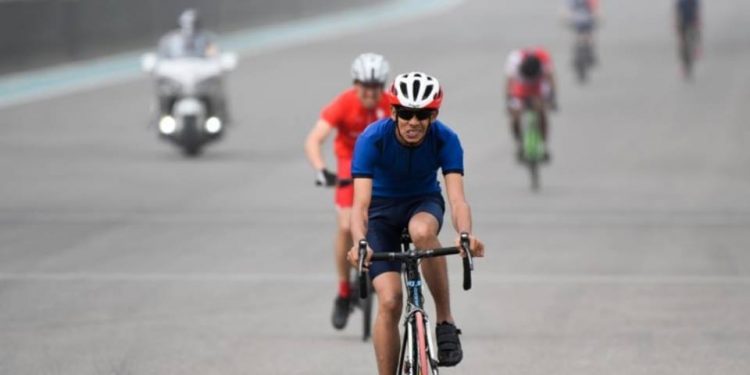 The 18-year-old-boy won the medal for 10 km time trial. He is also the only one from the Northeast to participate in the Special Olympics this year, according to reports.

He was diagnosed with cerebral palsy when he was only a few months old due to complications from jaundice.

Abhishek spends four hours at the gym everyday and also devote another four hours of his time for cycling.

He set a record at the 2018 NCC national competition in Ratu, India by covering 10 km in 19 minutes and 21 seconds.

Having lost his father due to cancer at the age of eleven years, Abhishek was brought up by his mother. The cyclist had been using and training on borrowed bikes as his family could not afford a bike due to financial problems.

However, the talented boy qualified for the Special Olympics in a borrowed bike.

A loyal supporter started a crowd funding campaign to get Abhishek his own bike and some basic equipment.

The cyclist started training harder when he finally got his own bike and helmet. He is studying at Indira Gandhi National Open University.