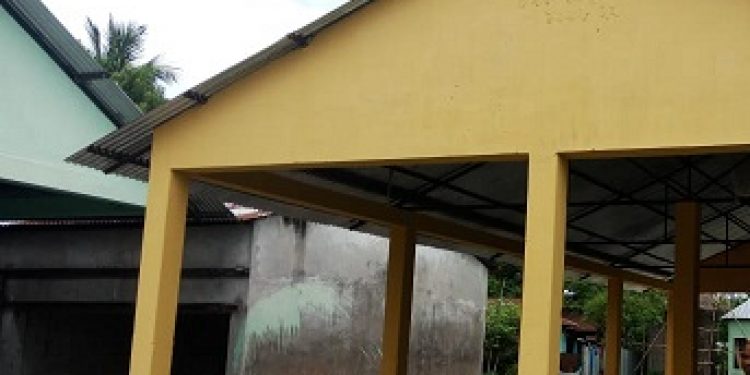 One of the market sheds constructed at Kacharihat Village in Dhubri. Photo Credit - Northeast Now

Since the Chief Minister Sarbananda Sonowal took over the reins of Assam, he has been shouting from the rooftops that there will be “zero tolerance” over corruption. It is a different matter that his functionaries at the Gaon Panchayat level are allegedly “looting” funds meant to be utilised for developmental purposes.

The villagers of Kacharihat, 15 km away from Dhubri (in Assam), submitted a written complaint to the Deputy Commissioner (DC) of Dhubri, Anant Lal Gyani, on Thursday vis-à-vis gross anomalies in the construction of three market sheds where an estimated Rs 25 lakh was expended. They have demanded a high-level inquiry into the matter.

Mosafaqul Azad, a local of Kacharihat Village, alleged that the Government of Assam had sanctioned a sum of Rs 25 lakh for the construction of three market sheds at Kacharihat under the Thirteenth Finance Commission but, the corrupt officials of Dhubri Zila Parishad, which is also the implementing agency of the aforesaid construction work, along with the contractors engaged for the purpose “looted” the money by constructing only two out of three allotted sheds while the third shed was also shown “completed” on papers!

In their written complaint to the DC, the villagers have further alleged that the market sheds have been constructed with “spurious” quality materials and “rules have been flouted”.