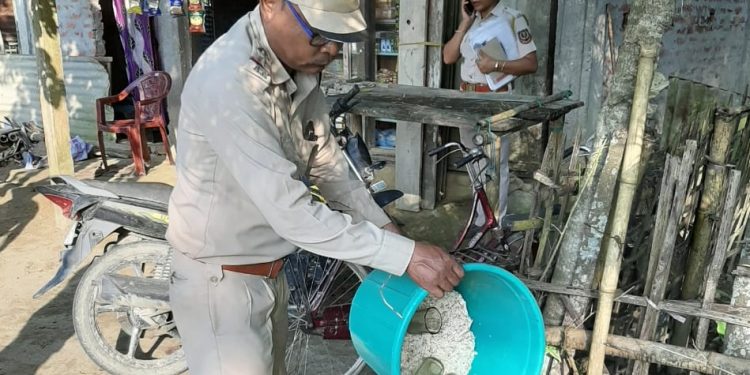 An excise patrolling and an excise raid were carried out on Saturday evening in eastern Assam’s Sivasagar district.

The raid was carried by an excise team lead by Ashutosh Baruah, inspector of Excise of Nazira.

A total of three cases were detected and one accused was arrested.

Seizure report was already sent to the Government online.