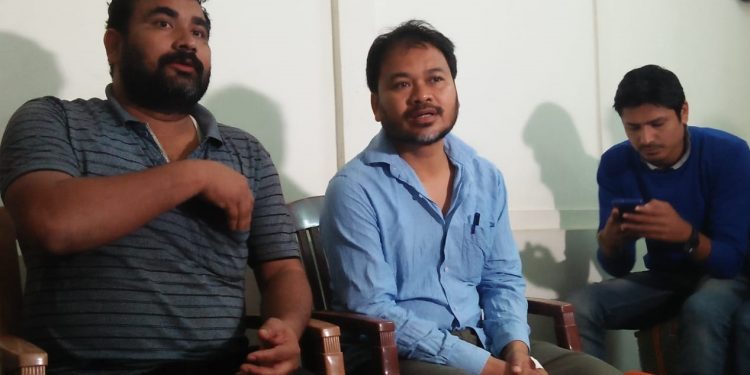 Krishak Mukti Sangram Samiti (KMSS) leader and Assam’s RTI activist Akhil Gogoi on Sunday denied the allegations of taking crores of money from the Congress and the AIUDF.

Gogoi denied the allegation a day after a former KMSS member, Hiranya Pathari, claiming that KMSS convenor Akhil Gogoi had taken Rs 3 crore from the Congress and Rs 1 crore from the All India United Democratic Front (AIUDF).

Akhil Gogoi while addressing a press conference here on Sunday dared Hiranya Pathari to prove the allegation levelled against him.

Hiranya Pathari made the allegation after joining the BJP on Saturday.

Stating that there is no question of negotiation in between the two political parties (Congress and AIUDF), Gogoi told reporters that he had made an appeal to reject AIUDF and BJP in the ensuing Lok Sabha polls to save democracy.

He also announced to leave KMSS and public life if anyone can prove that he had taken Rs 3 crore or Rs 1 crore.

Gogoi also said, “Now, the RSS and BJP have golden chance and let them prove that I have taken money. Ranjeet Dass (Assam BJP president) and (Sarbananda) Sonowal should take my challenge.”

In 2016, Assam chief minister Sarbananda Sonowal had announced a probe into the assets possessed by Akhil Gogoi.

Terming the BJP as brokers of the capitalists, Akhil Gogoi again appealed to the people of the state not to vote for the saffron party and said he would continue his efforts to root out the party and the RSS from the society.