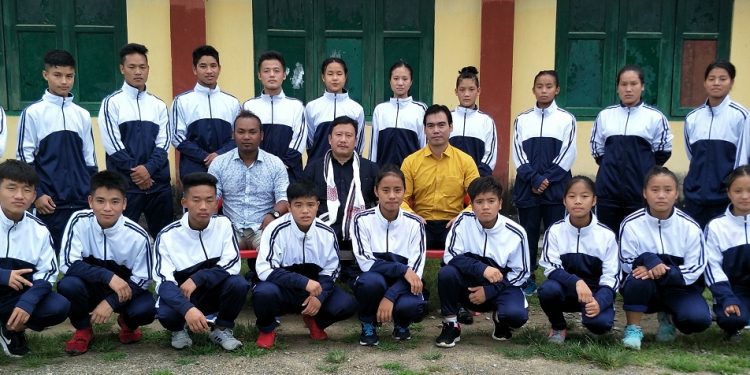 The team consists of 23 members including two officials.

The event is scheduled to be held at the Punjabi University in Chandigarh from September 15 to 20 next.

The team is led by Maibam Premchandra as the coach while Techi Juna would be accompanying the team as its manager.

All Arunachal Pradesh Wushu Association president Toko Teki has wished the players success and expressed optimism that they would bring laurels for the State.

Wushu, or Chinese Kungfu, is a hard and soft and complete martial art, as well as a full-contact sport which has a long history in reference to Chinese martial arts.

It was developed in 1949 in an effort to standardize the practice of traditional Chinese martial arts, yet attempts to structure the various decentralized martial arts traditions date back earlier, when the Central Guoshu Institute was established at Nanking in 1928.

Competitive Wushu is composed of two disciplines: ‘Taolu’ and ‘Sanda’.

Taolu involves martial art patterns, acrobatic movements and techniques for which competitors are judged and given points according to specific rules.

The forms comprise basic movements (stances, kicks, punches, balances, jumps, sweeps, and throws) based on aggregate categories of traditional Chinese martial art styles, and can be changed for competitions to highlight one’s strengths.

Competitive forms have time limits that can range from 1 minute, 20 seconds for some external styles, to over five minutes for internal styles.

Sanda contains boxing, kicks (kickboxing), and wrestling. It has all the combat aspects of Wushu.

Sanda appears much like kickboxing, boxing or Muay Thai, but includes many more grappling techniques.