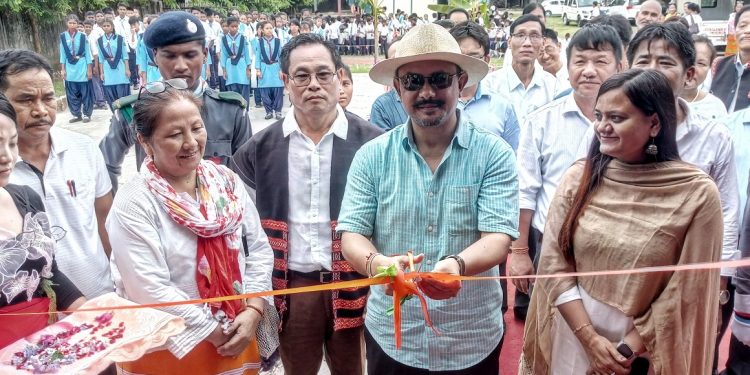 Later while addressing the students and teachers at the Pasighat Town Upper Primary School, Moyong said mid-day meal scheme (MDMS) is the largest school lunch programme in the nation and is aimed at catering to the nutritional needs of school children in both rural and urban areas.

He lauded the deputy commissioner for her innovative idea which would save time and provide timely lunch to the students of twenty one schools from these kitchens.

Further in his message to the school community, Moyong asked the teachers to apply their best teaching skills while nurturing the students.

“A teacher has the distinct responsibility to nurture a student’s learning and to provide feedback in such a manner that the student does not leave the classroom feeling defeated,” he said.

Also advising the students to be punctual and hardworking, he said for a student, being successful means to achieve his goal and score good marks.

The MLA also appreciated the DDSE and executing agency urban development for maintaining quality and timely completion of the kitchen buildings.

Jamoh also expressed her happiness over the progress and advised to provide tested food items to the students and also to maintain cleanliness and hygiene in schools.

The deputy commissioner also spoke on the occasion, the release added.