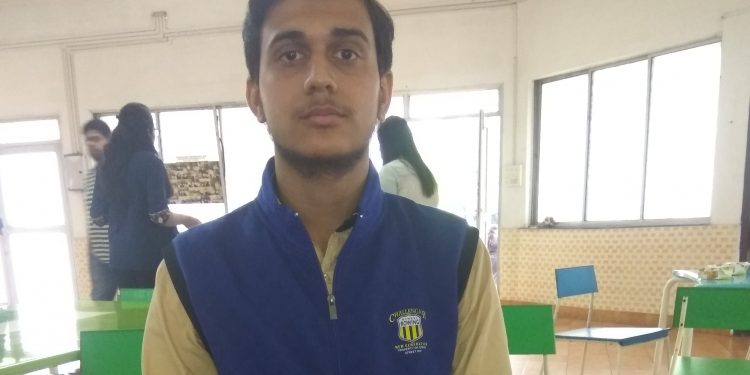 Call him precocious or a prodigy, but Aman (Aashish) Yadav, stunned an auditorium full of people at the CSIR-North East Institute of Science and Technology (NEIST) here recently by showing how he could get into their computer through the crafting of 12000 techniques in one minute. .

Aman’s name and picture feature in the Google Hall of fame under the Honorable mentions option (https://www.google.com/about/appsecurity/hall-of-fame/archive/) (page 10) as ‘Aashish Yadav (Aman)’.

Those who get Honorable mention are not eligible for a Google reward but have helped Google in their security aspects.

Aman said that he had showed Google how he could get into other people’s emails without passwords, this has been hence patched.

Aman said that in India what he does is looked down upon as hacking but all over the world ethical hackers are an association and are respected professionally.

“I am confident that the software I have developed can find weak spots to be breached in most computers and systems and I would like to work in the field of cyber security,” he said.

For, Aman, however, finding the finance to begin a startup is not forthcoming more due to his age and educational qualifications, he has just passed class 10 from Itanagar Kendriya Vidyalaya than anything else.  His father is a teacher in a state school in Arunachal Pradesh.

Aman also boasts of having developed a method by which he can breach a computer by taking the temperature and getting to know at what speed the fan inside the CPU is turning.

“Even typing on the keyboard enables me to get in,” he further said.

Another sphere of interest is working to solve cyber crime cases. He said that if a terrorist organisations post a video, he can geolocate the place where the recording was made.

Aman is very mature for his age and his aim is to provide cyber security not only by assessing computer vulnerabilities in companies but by securing the entire set up or plant.

He, however, said that he is not into putting a patch on the breach but only shows where or how the computer can be breached and data stolen.

The only drawback is that he was told that for a start innovation in producing goods was preferred to providing a service like cyber security.