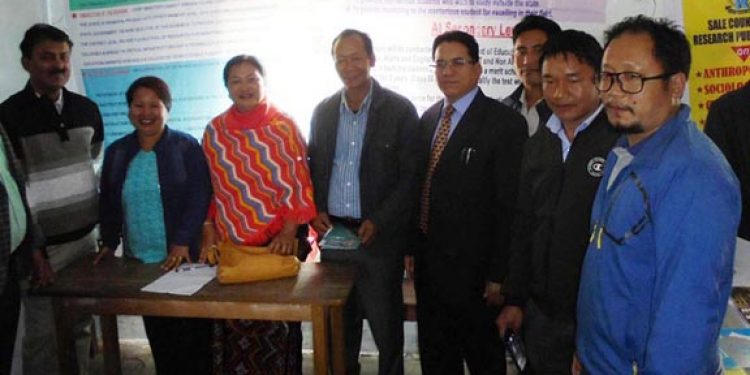 Sarkar Aapke Dwaar (government at your doorstep), which is a government programme to take various public welfare services of the central and state governments among the rural people of the state, on Tuesday reached Depi village in Ruksin circle under East Siang district of Arunachal Pradesh.

The area shares border with Dhemaji district in Assam.

The ‘Sarkar Aapke Dwaar’ programme was conducted by the East Siang district administration at Depi village under the ‘Jan Sunwai Sammelan’ of the state government.

Attending the inaugural programme, the MLA of Nari-Koyu LAC, Kento Rina said the state government has made efforts to bring its departments among the rural people and asked them to avail various services and benefits rendered by the departments through the mobile programme.

“The government departments through the mobile programme to deliver services such as collection of ST certificate, PRC, ILP, renewal of gun licenses and other scheme benefits under various departments at the spot,” said MLA Rina.

Following a public demand, DC Tatak announced sanction of Rs 20 lakh through his ‘Untied Fund’ for renovation of worn-out school building of Upper Primary School and Girls Residential School at Depi besides construction of toilets therein.

Women & child development and education departments explained the people about their social welfare and community health service schemes with distribution of information leaflets.

The programme will be continued till ending of March this year.