The Chief Secretary directed Commissioner Labour and Employment to direct all the district officers to get involved in the implementation of all the three schemes during a meeting convened at the office chamber of the Chief Secretary in Itanagar on Thursday.

He informed the members present that the Ministry of Finance, Government of India is directly monitoring the status of the schemes especially on financial inclusion under the three schemes.

The Chief Secretary has directed the concerned department for proper utilization of the State Government resources in the district for cent per cent success of the three noble financial schemes for the benefit of the villagers and poor households. 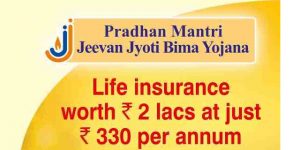 “More could be done if the government machineries are properly utilized. It is also the responsibility of Labour and Employment Officers posted in the districts to ensure that the laborers registered under the Labour Welfare Board opens their bank accounts and get their Aadhar enrolled,” he said.

He further directed the Labour Commissioner to present monthly report to the Chief Secretary on the progress of the implementation of the three schemes in the districts.

He further asked the bank representatives to felicitate the villagers and illiterate public in opening of their bank accounts.

“Let the financial inclusion be a movement with a mission mode in Arunachal Pradesh,” he concluded.

The Chief Secretary has further asked to include the Arunachal Pradesh Rural Bank, Apex Bank, and Cooperative Bank to be present in the next review meeting on the status and progress of the PMJDY, PMJJBY, and PMSBY.