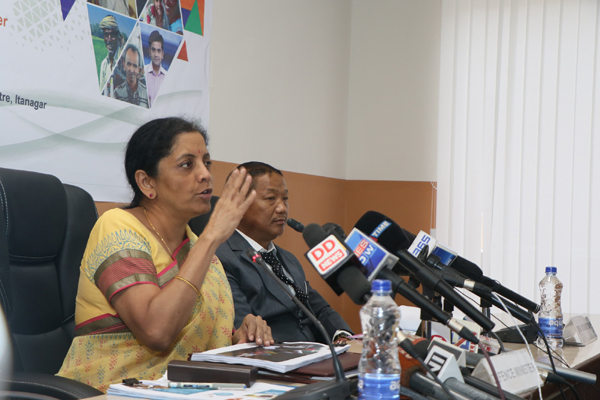 Sitharaman who reached Itanagar on Tuesday addressed the media. She highlighted the achievements of the Narendra Modi led NDA government, which completed four years.

She said, “We will soon start work on extension of optical fiber cable in the border areas . The central government had discussed the matter and sanctioned  additional funds within ten days. The border areas like Indo-China  will be connected with OFC, which will greatly improve mobile network and telephone connectivity along with improvement in radio frequency.”

The Defence minister during her last visit to Kibithoo the last border village in Anjaw district of Arunachal Pradesh recently, was informed that the people of the area cannot access All India Radio due to poor frequency, only Chinese radio frequency and had poor mobile network.

On the defence sector, the minister said, the country had made remarkable achievements with the introduction of one rank one pension, modernization of defence forces besides carrying out surgical strike.