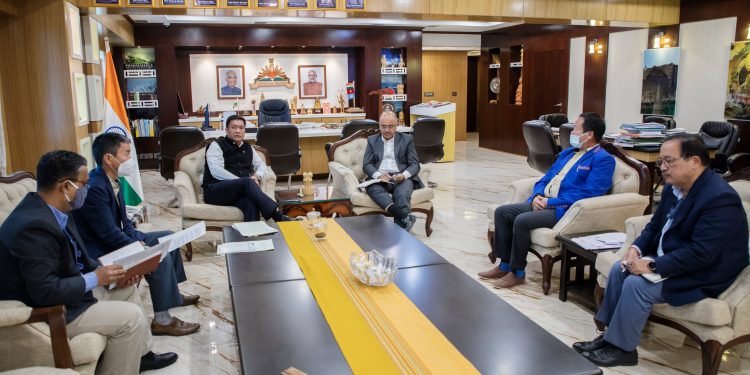 The highway will connect several national and state institutes like the National Institute of Technology, Jarbom Gamlin Law College, a film institute, army cantonment, Women’s College, etc that are being developed in the state.

Arunachal Pradesh deputy chief minister Chowna Mein had also recently reviewed the status of the 157 km road from Miao to Vijoynagar that is being constructed under the Pradhan Mantri Gram Sadak Yojana (PMGSY) scheme.

Mein had expressed dissatisfaction over the slow progress and undue delay in the completion of the strategic road.

The contractors and agencies executing the project had said the difficult terrains coupled with landslides at several locations, marshy lands, unfavourable climatic conditions and short duration of working period to be the main causes behind the delay in completion of the road.