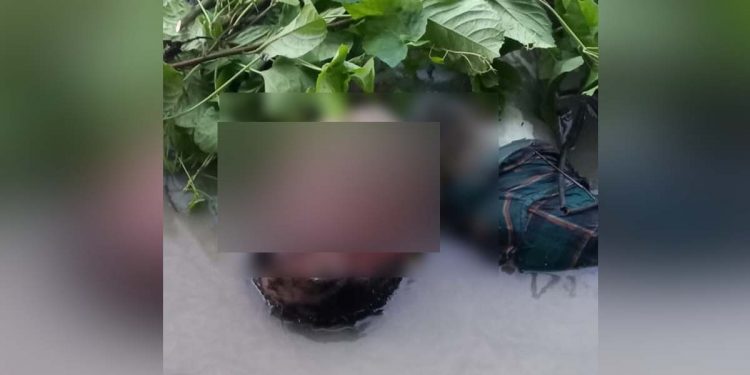 The body of the missing person. Image credit - Northeast Now

The body of one of the three persons, who went missing in Siyom river after the collapse of Sanggam bridge between Pangin and Boleng in Siang district, has been recovered.

The body was recovered in the Pillumukh area near Pasighat on Sunday.

The body, which was floating in the river water, was seen by some locals in the Pillumukh area on Sunday and they informed the Pasighat police.

The recovered body has been identified as that of one Ranjit Sutrodar, however, his other details are yet to be ascertained.

Three persons fell into Siyom river on June 29, 2021 along with a loaded dumper when the Sanggam bridge collapsed.

Teams from both NDRF and SDRF carried out operation to retrieve and locate the three persons who went missing in the river but they called off the search operation due to heavy rain and turbulent river current of the river.

On May 2, 2021, a worker, engaged in the construction of Nugong bridge over Siang river, adjacent to Sanggam bridge collapse site near Siyom river, fell into Siang river.

His body was recovered from 21 Mile near Komlighat on May 10 by an SDRF team based at Pasighat, informed an SDRF man.