Peaceful co-existence is the basis of a civilized society: Arunachal Speaker 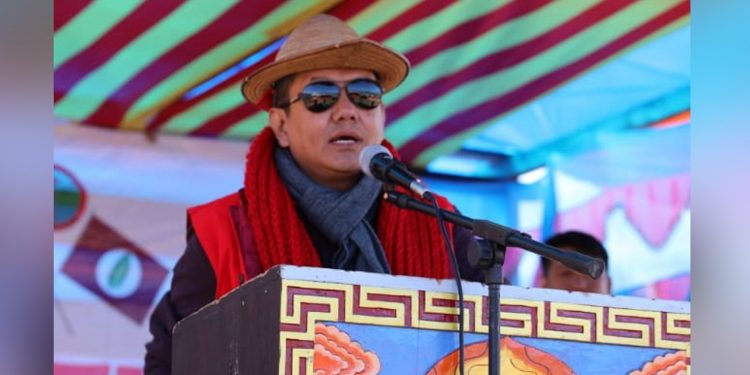 He was addressing the second conference of the Shi-Yomi district unit Tagin Cultural Society (TCS) in Mechuka on Friday.

“Civilization comes with one’s behaviour and not with what he owns,” the speaker said.

He urged the members of the Tagin community to always maintain communal harmony and brotherhood with other communities in the district.

He suggested that personal issues should not be portrayed as communal as it can disrupt the peaceful co-existence.

In this regard, Sona requested the TCS to create awareness among the members to strengthen the aged old relationships.

Acknowledging the Tagin community for their peaceful co-existence with other communities and contributions in the area for ages, Sona suggested them to involve in tourism and other income generation activities.

Citing examples of various homestays and lodges coming up in the district particularly in Mechuka, the Speaker suggested them to take up such initiatives for self- sustenance.

Lauding TCS for conducting such conference in the district, Sona further requested the community-based organizations of the Shi-Yomi district to work towards social reforms.