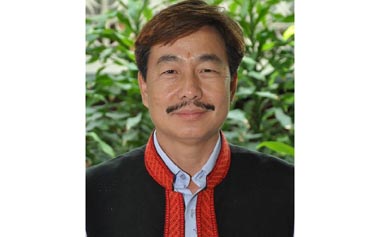 Arunachal Pradesh Bharatiya Janata Party (BJP) president Tapir Gao on Wednesday scotched rumours about the possibility of an early election in the State.

Immediately after the BJP Legislature Party meeting at Nokmey Nimati Hall of the Assembly here held in presence of party’s Northeast in-charge Ajay Jamal, Gao said, “The upcoming Lok Sabha and Assembly polls are due next year, and both the elections will be held together and on time.”

On the necessity of the meeting, he said, “It was a part of a regular exercise of the party to review development. Arunachal Pradesh is now in the top position when you compare it to other parts of the country in terms of implementing developmental projects and schemes.”

Replying to a question on whether the State BJP is preventing five National People’s Party (NPP) legislators from becoming party members, he said, “We have no electoral alliance with the NPP.”

The NPP is a coalition partner of the BJP-led North East Development Alliance (NEDA).

“NEDA was formed with the help of regional political parties of the Northeast by the BJP in 2014 for the development of the region,” Gao said.