A view of the joining ceremony. Image credit - Northeast Now

Former minister and National People’s Party (NPP) state vice-president, Anok Wangsa, joined the BJP along with several of his supporters in the presence of the party’s state unit vice-president Tayek Goi on Saturday.

Following the induction of Wangsa and his supporters in the party, minister Ngandam said: “BJP is a party where only hard work and dedication towards the state, party and the people by a karyakarta is considered for growth.”

The minister expressed his gratitude to Prime Minister Narendra Modi for taking the country on the path of rapid development and appreciated chief minister Pema Khandu and his deputy Chowna Mein for their efforts and initiatives to develop the state. 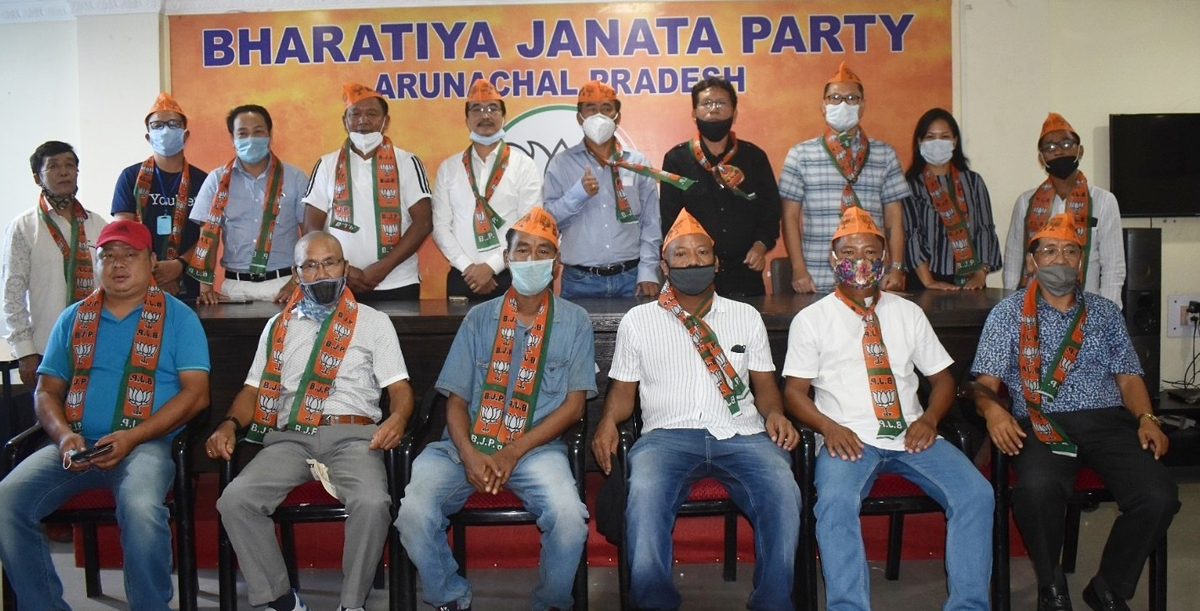 Party vice-president Goi said the Bharatiya Janata Party (BJP) strives and follows the ideologies of Deendayal Upadhyaya and Dr Syama Prasad Mukherjee to uplift the last man in the society.

Namchoom while welcoming Wangsa to the party said his joining will certainly help the party grow and his vast political experience would also be valuable for the state government.

Wangsa on his part said he would dedicatedly work for the people of the state and his district in particular along with minister Ngamdam and other MLAs by following the party’s ideologies and guidelines.