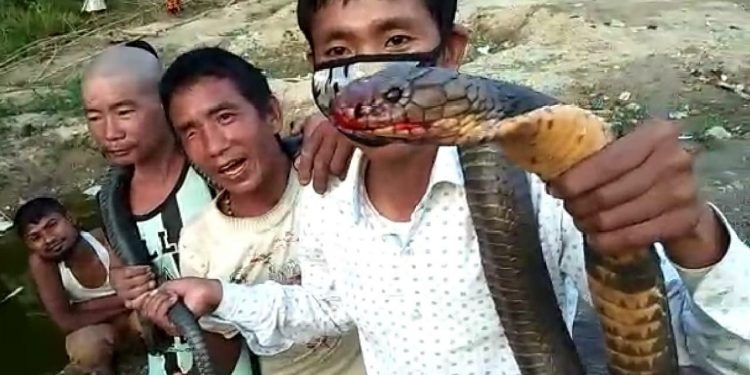 People across India are caught indoors because of lockdown. But, it’s party time in Arunachal Pradesh – some people were seen feasting on King Cobra meat.

A video, which has gone viral on the social media, shows that a group of people killed a 12-feet long King Cobra somewhere in Arunachal Pradesh for a feast.

Three people were seen proudly displaying the King Cobra, which they claimed to have killed in the jungle.

One of the ‘hunters’ of the King Cobra was heard saying that because of the lockdown; they did not have any rice left in their granaries.

“So we went to the jungle looking for something, and found this (the King Cobra),” the hunter said. 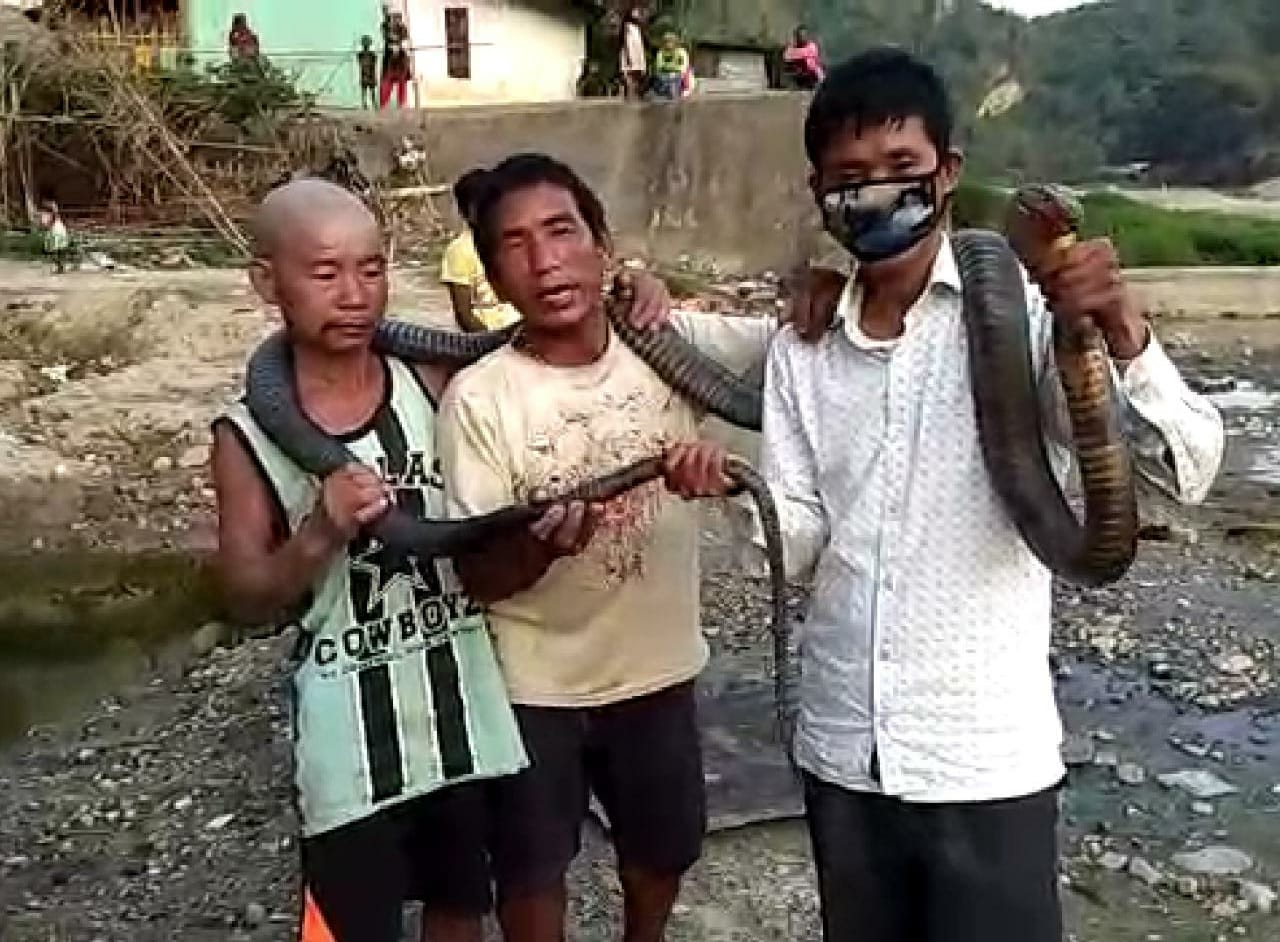 No officials of the Arunachal Pradesh Forest Department were available for comments.

Despite repeated attempts, Umesh Kumar, the deputy chief wildlife warden of Arunachal Pradesh could not be contacted for comments.

In fact, Arunachal Pradesh is home to a large number of endangered snake species.

Researchers recently discovered a new species of venomous snake, and named it after J.K. Rowling’s fictional character Salazar Slytherin, co-founder of the Hogwarts School of Witchcraft and Wizardry.

The pit viper was discovered by the team of researchers in the thick evergreen forests of Pakke tiger reserve in July 2019 and has been named Trimeresurus salazar.