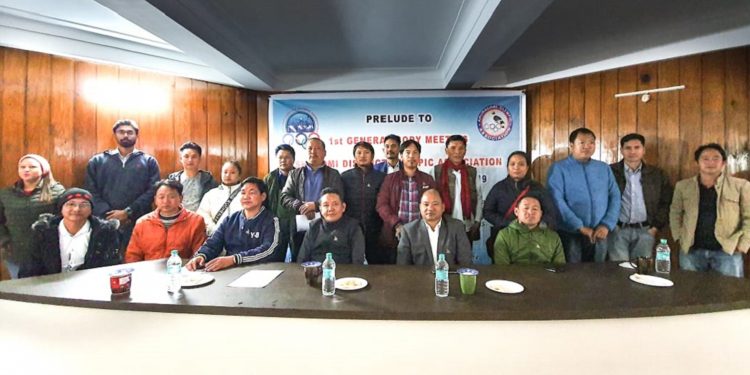 Arunachal Pradesh Assembly Speaker PD Sona on Friday called upon the District Olympic Associations (DOA), especially that of the Shi-Yomi district, to facilitate platforms for the local youths to showcase their talents.

“There is no dearth of talent among the youths, but what they need are a stage and opportunity,” Sona said.

“I hope the newly formed Shi-Yomi District Olympic Association (SYDOA) would facilitate the same to the youths of the district,” he reiterated while addressing the first general body meeting of SYDOA.

The Speaker urged the SYODA executive members to work in unison while taking suggestions from the senior members of the society.

“Inculcate a sense of discipline and team spirit among yourselves and do not take hasty decisions at any time,” Sona said.

Citing examples of sportspersons Joti Mane and Anu Komi, he said, “Games and sports will not only help one stay fit but also bring laurels to the state.”

Joti is the first athlete from Arunachal Pradesh to win gold in a national athletics championship while Anu has won several medals for the state in various national level Karate championships.