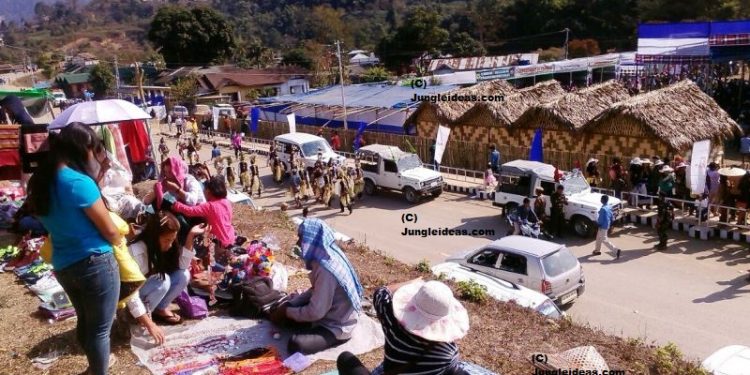 Due to the massive outbreak of the deadly coronavirus, Changlang district authorities in Arunachal Pradesh on Monday had temporarily shut down the Pangsau Pass Market situated along the Indo-Myanmar border.

As per reports, trading operations have been suspended in the border market till March 21, 2020.

During a district-level meeting in Nampong, the decision to suspend operations in the border haat at Pangsau Pass had been taken in order to prevent the possible spread of the illness whose symptoms include fever, cough, shortness of breath, pneumonia and breathing difficulties.

Moreover, the district authorities have also asked gaon burahs and panchayat interim committee members of Nampong and nearby Tikhak Rima Putok to create awareness about coronavirus among the local people.

They have also been asked to restrict local people from venturing to the border side of Myanmar.

The administration has also asked its counterpart in the neighbouring country to take similar measures.

It may be mentioned that the Pangsau Pass market functions only on the 10th, 20th and 30th of every month.

Traders from both India and Myanmar sell their wares at the border market that comes up at Pangsau Pass which is located on the crest of the Patkai Hills.