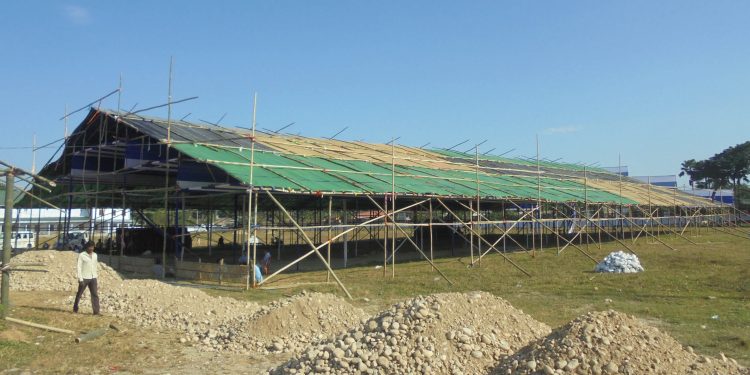 He will be accompanied by secretary general of International Buddhist Confederation Ven Dr Dhammapiya.

The programme will be held at Pasighat Donyi Polo Central Gangging (prayer hall) on Sunday next.

Besides several other dignitaries and foreign delegates from Poland, Urmenia and Litunia are invited to the programme, informed the organizers.

The organizers are working round the clock in preparatory works including constructing pandals and management of fooding and lodging accommodation for the VIPs and guests invited to the programme.

There is a ‘Bhumi Pujan’ programme at Central Gangging on the occasion, which the organizers are planning to perform with priests following traditional belief of Abotani tribes.

The major tribes living in Arunachal Pradesh including Nyishi, Adi, Galo, Apatani and Miri (Mising) of neighbouring Assam, who migrated from Tibet in ancient time are considered as descendants of Abotani.

East Siang district administration also conducted meeting to review law and order situation on the wake of VIP’s arrival at Pasighat to attend the celebration.