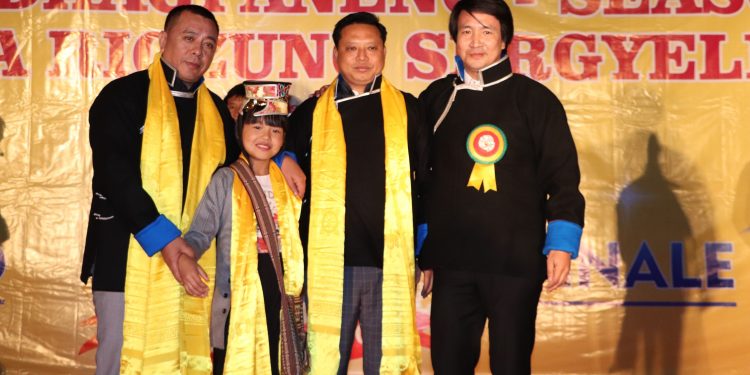 The contest is an initiative of Lumla MLA Jambey Tashi since 2012 for providing a platform to young talented singers as well as for encouraging the younger generation to learn and preserve folk songs.

The contest had begun on September 3.

“I have witnessed fast development and changing the social status of the people of Lumla,” Tsering said, adding the constituency has attained new heights of development in the past decade.

Sidisow said he was happy to see so much development in Lumla under Tashi’s leadership.

He congratulated all the participants and appreciated the organisers and Tashi for promoting and preserving the rich culture and folk songs through such mega competitions.

He also promised to jointly sponsor the prize money for next VOD and Dhagpa Rigzhung Sergyaling with the Dirang MLA.

He congratulated little singing sensation Urgen Tsomu for taking part in the contest at the national level with trained singers.

Tsomu sang in Sunday’s grand finale as a special performer.