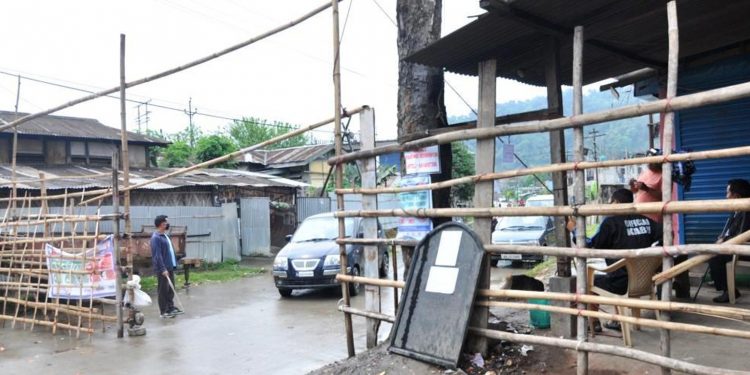 Civil societies of West Siang district have extended their self imposed lockdowns to May 3, following the Centre’s decision to extend the nationwide lockdown.

Accordingly, entry gates have been erected in most of the colonies and markets barring entry of non-essential commodities and unnecessary movement of people.

The gates are manned by volunteers 24×7 on roaster basis.

These restrictions are immensely helping the district administration and police to contain the movement of pedestrians and vehicles during the lockdown, officials said.

Several community-based organisations and civil societies had earlier in March sealed all boundaries and entry points connecting their respective areas.

The organizations had also resorted to performing traditional rituals such as ‘Ali-Ternam’ and ‘Motor’.

“Ali-Ternam’ is a ritual practised by the Galo community since time immemorial during times of epidemic.

The ritual is a lockdown of a single village or villages which is observed for a few days or weeks in order to stop the spread of the epidemic.

The ritual is also performed to ward off evil spirits by the villagers.

A similar ritual performed by the Adi community is called ‘Motor’.

Meanwhile, the district’s Covid-19 nodal officers Dorjee Nima and Sapbi Yomcha on Friday disclosed that a total of eleven persons including six males and five females those who have entered the district from outside have been put under quarantine.

On the other hand, a total of 509 migrant labourers have been provided ration from the NDRF fund and volunteers are on the move to reach out to targeted groups.

Further West Siang divisional forest officer Abhinav Kumar has made it compulsory to set up hand washing facilities in the DFO and range offices and in all forest IBs of the district.