Arunachal: Violence will not be tolerated, says IGP 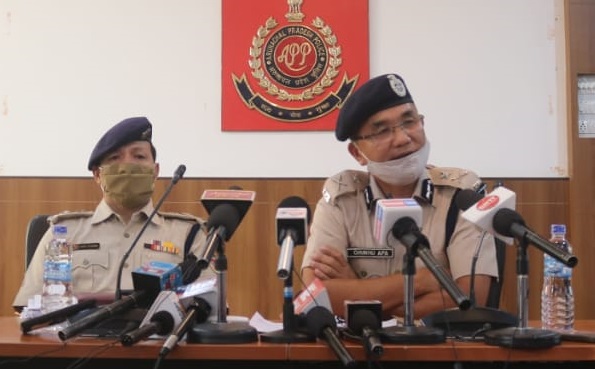 Upping the ante against individuals and associations attempting to take law into their own hands, the Arunachal Pradesh capital police on Thursday said that it would take stringent action against those found guilty of doing so.

“To ensure the safety and security of the people, the state police has mobilised adequate number of security forces in the capital and is keeping a close eye on all activities. Hence, we appeal to all not to take law into their own hands,” state’s Inspector General of Police (Law and Order), Chukhu Apa told reporters here on Thursday.

Apa, without naming any organisation, said: “Following the announcement of a 36-hour bandh call in the Itanagar Capital Region (ICR), the police has been receiving inputs that some anti-social elements are planning to resort to large-scale violence and arson in the capital and have pledged to repeat the PRC incident.”

“The matter is being taken seriously by the police and administration and we are accordingly preparing to contain such situations,” he said.

Apa said that people have every right to vent their grievances in a democratic way but one should not resort to violence and break the law.

This, he said, “would be absolutely unacceptable”.

The IGP said besides mobilising internal security, there would also be deployment of paramilitary forces which have been sent from the Ministry of Home Affairs for the days of the bandh.

The bandh coincides with the scheduled start of the three-day monsoon session of the state Assembly from August 27.

Apa further said that the police would for the first time be using technology to deal with the law and order situation in the capital.

“Drones would be deployed to keep a watch on the movement of people while the officers on duty will be equipped with body cameras. We will also be deploying photographers and videographers to record the situation,” he said.

Apa appealed to the public to refrain from spreading provocative messages and false narratives on social media platforms.

“We are keeping a watch on such activities and we will take legal action if needed,” he said.

The All Nyishi Youth Association had declared a 36-hour ICR bandh from August 27-28 demanding the resignation of Chief Minister Pema Khandu for his alleged failure in governing the state.