Detak, Depi and Depi-Moli villages are affected by this water crisis 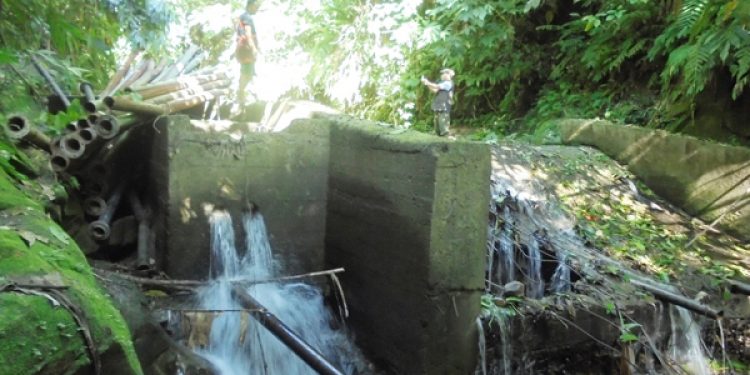 The Public Health Engineer & Water Supply department (PHED) dismantled a running project at Dieu river, which was supplying potable water to these villages.

Local villagers say they never faced such water problem during the last three decades. They termed the problem “man-made” and blame the PHED officials for their alleged mismanagement.

“We have not received any notice/order from PHED regarding dismantling of the running project. We opposed the move and asked the Junior Engineer (JE) of PHED not to dismantle it without making alternative water supply arrangement, but he did not pay heed to our grievances”, said Head Gaon Burah Tasing Siram.

According to local villagers, they informed the matter to Assistant Engineer (AE) of PHED at Nari but he is keeping mum over the issue.

The AE and JE of PHED, Nari were unavailable for their comment or officials input regarding the public allegations. But, primary inquiry has revealed that the AE of PHED, Nari on August-31 this year issued an order to concerned JE directing him to collect old-GI pipes damaged in the flash flood and lying on the river bed. But, the order did not ask any official to dismantle any structure of running water supply scheme/project.

The local villagers are angry over the fact that JE of PHED instead of collecting the damaged pipes from the Dieu river bed, disconnected good quality GI pipes connected to the running water supply schemes. Thus, the unscrupulous JE dismantled pipe lines of the running project depriving local residents from having potable water through the government run scheme.

Considering that the act of PHED officials is against social justice, the local villagers have cautioned the authority of rigorous movement if the PHED does not reciprocate their grievances at an early date.

Located at Assam-Arunachal boundary, Detak, Depi-Moli and Depi villages are fall under Nari-Koyu constituency. The local villagers are suffering a lot of problems in terms of infrastructure development, education, health care and water supply to their crop fields.