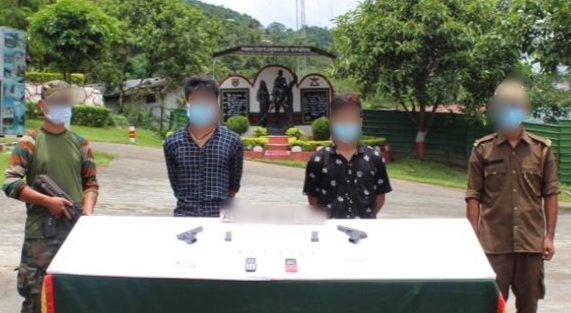 Troops of Assam Rifles in a joint operation with Arunachal Police apprehended two cadres of NSCN(R) near Kangkho in Changlang district of the State.

Based on a specific input the team launched a swift operation in the area.

The apprehended insurgents are suspected to be involved in extortion activities for the faction in the district, the official said.

The team also recovered one Point 22 Pistol, one 7.65 mm Pistol and seven live rounds of ammunition from the cadres.

The apprehended rebels along with recovered arms have been handed over to Changlang Police Station for further investigations, added the PRO.