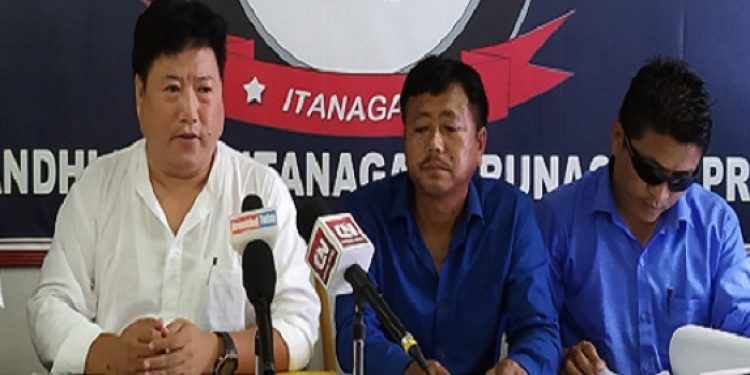 The All Arunachal Pradesh Public Transport Federation (AAPPTF) on Wednesday demanded completion of Pinjoli-Kimmi-Khuppi (PKK) road at the earliest. This road is an alternative for the transporters travelling to West Kameng, Tawang and East Kameng districts in Arunachal Pradesh.

Addressing a press conference here, Kameng Zone President of AAPPTF Barun Khaduju said due to the slow pace of work on construction of Bhalukpong-Charduar-Tawang (BCT) road, the people and transporters have been facing a lot of problems.

He said that the people of the three districts are dependent on neighbouring Assam for goods and medical requirements. But the non-completion of the BCT road has been creating serious problems to the people.

Barun said, “In this connection, we had a meeting at the DC’s office in Bomdila on August 23 along with ADC Bomdila Bopai Puroik, administrator and commandant of BRTF, RCC, Vartak, and NEEPCO officials where the AAPPTF suggested opening of the BCT road for transporter from 5 am to 5 pm.”

This time frame was suggested in view of the problems faced especially by the government transport vehicles. But DC Sonal Swaroop notified an order where the BCT road would remain open from 5 am to 9 am and 2pm to 5pm.

“We didn’t expect this from the DC as she did not discuss with the AAPPTF or the people facing problems,” Barun said.

He also said that the BCT road, which was given a 2018 deadline for completion, has not moved an inch. “Almost 60% of the work is untouched and yet to be completed by the Border Road Organization (BRO),” he added.

Barun also alleged that the BRO has no manpower, proper machineries and the capacity to complete the work in the timeframe provided. The work was allocated to BRO in 2010 and was to be completed in 2018 but has been extended to 2021.

AAPPTF president Dobing Sonam said due to this reason there has been no tourist flow in Tawang district this year. The road from Tezpur via Kalaktang is in pathetic condition too and fear of National Democratic Front of Bodoland along that stretch is a major concern for tourists.

“The clearance and maintenance of Kimmi-Khuppi road as a bypass for the commuters of the three districts will facilitate the BRO in its continued work on the BCT road without harassing the people,” Dobing said, raising serious concern about the work ethics of BRO.

He said frequent closure of BCT road has caused problems for patients as well as their attendants, while black marketing and prices of essential commodities have increased and tourist inflow has dipped.

“We have been repeatedly pleading the executing agency and the state government to come out with a permanent solution to the problem. If the BRO fails in its responsibility they should leave the project and hand over to another competent agency,” Dobing said.