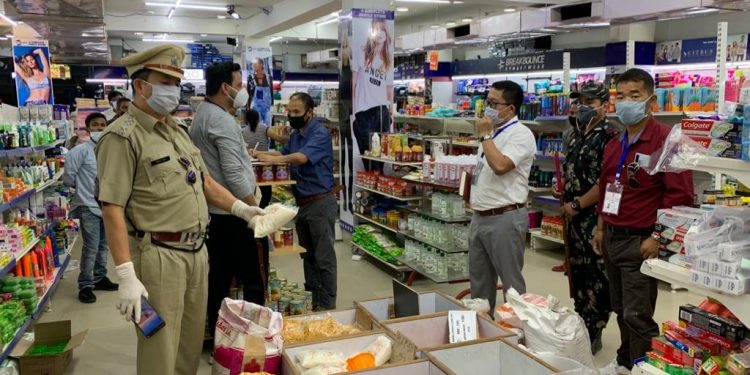 The Capital Complex district administration and enforcement officers of the Legal Metrology and Consumer Affairs (LM&CA) department on Saturday made a surprise inspection of the premises of several wholesale and retail traders in Naharlagun area in Itanagar.

Naharlagun EAC Ashok Tajo said there had been many complaints regarding over-pricing of essential commodities and packaged items at various grocery stores in the Capital Region after the declaration of lockdown by the State government due to the COVID-19 lockdown.

The team led by Doimukh SDO Sabaddam Tayang, inspected the premises of 19 traders in G-Extension, Polo Colony, D-Sector and Barapani areas under the Naharlagun circle.

One of them was booked for using unverified weights and measures and exhibiting wrong weight while the other two were booked for overpricing.

The traders and the common public were advised not to encourage or exercise overpricing of essential commodities and packaged commodities during this lockdown period.

Capital Complex deputy commissioner Komkar Dulom warned that such inspections would be carried out on a daily basis and requested the wholesalers and retailers to cooperate with the administration and to strictly follow business etiquette so that common people do not suffer during such difficult times.