Arunachal to provide Rs 3,500 to each stranded outside state 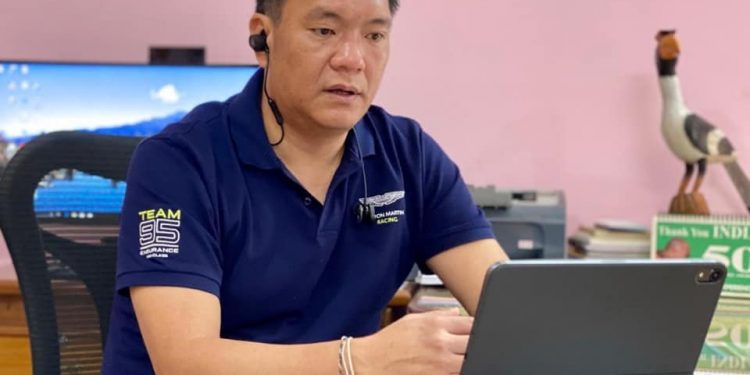 The Arunachal Pradesh government has announced to provide Rs 3,500 to each Arunachalee person stranded outside the state amid the nationwide lockdown.

The decision to provide the financial relief was taken during a cabinet meeting held through video conferencing on Thursday.

The fourth such meeting to be held in a row in the month of April was chaired by chief minister Pema Khandu.

“In view of the grievances and issues faced by the persons from Arunachal Pradesh stranded across the country, the cabinet decided to provide financial assistance to all such persons.

“It was decided that an amount of Rs 3500 will be disbursed to all persons of Arunachal Pradesh stranded outside the state for sustenance during the lockdown period from Chief Minister’s Relief Fund,” a statement from CMO said later in the day.

“The financial assistance will be disbursed by the deputy commissioners concerned in consultation with the local legislators and other stakeholders through direct bank transfer or through unified payment interface (UPI) after due diligence and verification by the district administration concerned,” the statement said.

In order the avail the financial assistance, the person concerned would have to fill the Google Doc sheet which was circulated by the state government earlier to gather the information of all such persons stranded outside the state, an official told Northeast Now.

The filled forms would be shared with the respective deputy commissioners for the disbursement of the said financial assistance.

More than 9,500 people have filled the online form till date, the official said.

The cabinet on the day also decided to extend the date and time for registration of persons stranded outside to April 19 for the process of disbursements.

Further all those persons who are not able to register on the Google doc sheet due to any reason by the extended timeline, can contact their respective deputy commissioners or MLAs for assistance.

Chief minister Khandu also announced that the state government has provided Rs 1,000 to all farmers registered under the PM-KISAN scheme.

“Farmers are the backbone of Arunachal Pradesh. In addition to the monetary relief being provided by the Centre to the farmers affected due to lockdown, the Government of Arunachal has also released Rs 1000 for each farmer who are registered under PM-KISAN scheme,” Khandu tweeted.

Around Rs 7.16 crore has been distributed to 71685 farmers who are registered under the PM-KISAN scheme.

Meanwhile, the swab sample of the lone COVID-19 positive man in the state was found to be negative after the third test conducted on Tuesday.