Arunachal Pradesh textiles and handicrafts minister Tumke Bagra on Friday visited the quarantine centres at Likabali in Lower Siang district and took stock of the facilities there.

Likabali has a total of 5 quarantine centres with a total capacity of housing 253 inmates.

There are currently 21 people under quarantine in the 5 centres at Likabali.

The people, who have been quarantined, returned to the state from Assam and Meghalaya.

Minister Bagra along with the legislators and officials also visited the Likabali hospital and the Assam-Arunachal Pradesh check gate at Likabali. 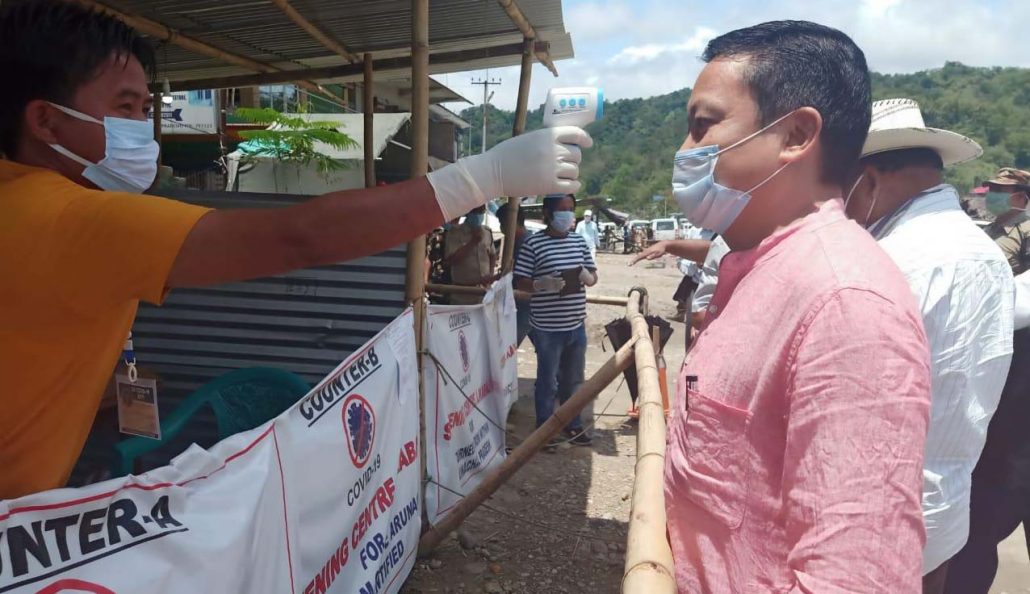 After their visit, the team was briefed on the Lower Siang administration’s preparedness and measures taken against the COVID19 pandemic by deputy commissioner AK Singh, superintendent of police Surender Choudhary and district medical officer Dr Marbom Basar.

Minister Bagra expressed satisfaction over the preparedness and the facilities being provided in the quarantine centres.

He also appreciated the district administration, health department and the police for their efforts.

The team will visit Yomcha in West Siang district on Sunday.

Nobody will be spared if found responsible for SI recruitment scam: Assam CM