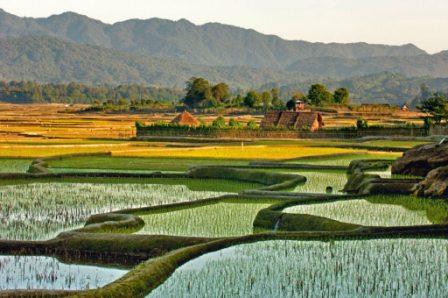 A few key questions have come up in the drafted dossier of including Apatani Cultural Landscape in Ziro valley of Arunachal Pradesh for a possible UNESCO World Heritage tag.

The key questions include how much of buffer and core zones would be marked as part of the site’s inclusiveness.

Apatani Cultural Landscape was included in the tentative list in 2014. The Directorate of Research, Arunachal Pradesh prepared the dossier.

The State Administration has yet to respond to key issues pertaining to mapping of the area, identification of the area to be included in the main town, the forest area, planning, possible dos and don’ts once the site gets a heritage tag, inclusiveness of buffer and core zones, and other aspects.

Tage Tada, former director of research and the main person behind Ziro’s inclusion in Unesco’s tentative list, said, “It has been three months since the dossier has been prepared. It is a 300-page dossier, which has been sent to each and every department. But the administration is yet to respond. We should ascertain how much buffer and core zones will be included. The extent of specific boundaries should also have been measured by now. This is the first cultural landscape site to be included in the tentative list.”

The Apatani area has water and agricultural management system, which is considered unique in the world.

They have a tradition whereby young boys plant a sapling annually. They also adhere to bamboo and pine groves.

“If Ziro becomes a World Heritage Site, there would be dos and don’ts. For example, if the bamboo and pine groves come within the core zone, the Apatani people would have to take permission for their regular agricultural activity. These aspects need to be sorted out now. They have come in touch with modernity only 50 years ago. But they still maintain their indigenous lifestyle,” added Tada.

Apatani Cultural Landscape surrounded by blue hills where the Apatani tribe resides through sustainable existence, forming a unique bond between man and nature.