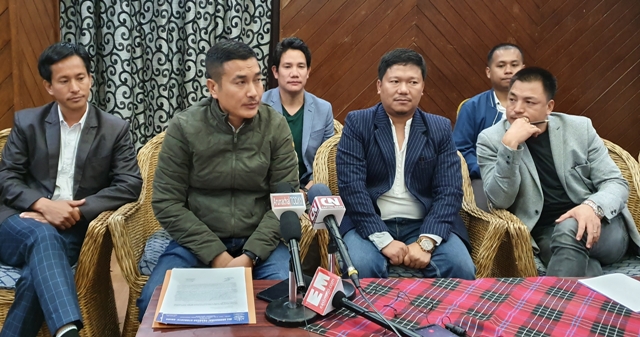 The All Arunachal Pradesh Students’ Union (AAPSU) has expressed its strong objection to the draft Environment Impact Assessment (EIA) Notification 2020.

The union in a letter to the secretary of the Ministry of Environment, Forest and Climate Change (MoEFCC) on Saturday, said it found many provisions of the draft to be pro-industry, averse to affected people’s participation, consultation in the projects and public unaccountability on part of the project proponent.

“There are numerous loopholes in the proposed EIA 2020 which demand immediate attention and course correction from the ministry.

“Such projects are not required to be placed before the Expert Appraisal Committee (EAC). Incidentally, the EAC is a committee of experts constituted at central level for appraisal of projects referred to it and for making appropriate recommendations,” it said.

The AAPSU said the idea of granting such prior clearances to the project proponents without adequate checks and study defeats the very purpose of the EIA and the Environment Protection Act, 1986.

The union said the State-level EIA Authority according to Section 7 (i) of the draft should have at least seven instead of three members including a chairman and a member-secretary who need to be “mandatorily well-versed in environmental laws”.

Welcoming the exemption, from public consultation, all projects concerning national defence and security as outlined by Section 14(2)(e) of the draft, the union, however, said the line “projects involving other strategic considerations” to be determined by the Centre was confounding, ambiguous, “shrouded in mystery” and likely to be misused.

“Aerial distance of 100 km from the border will cover almost all of Arunachal Pradesh, which is a highly eco-sensitive zone. While we don’t have serious problems with linear projects under item 38 (highways, expressways, multi-modal corridors or ring roads), we are of the strong opinion that linear projects under item 31 will be an ecological disaster,” the AAPSU said.

Projects under item 31 are oil and gas pipelines (crude, refined or petrochemical products) and slurry pipelines (coal, lignite and other ores) passing through national parks or sanctuaries or coral reefs or ecologically sensitive areas.

“Even for linear projects under item 38, there should be scope for public accountability and consultations,” the union said.

The APPSU also faulted Section 16 (1) of the draft for doing away with public consultation in both public and private projects applying for modernisation up to 50% in production capacity.