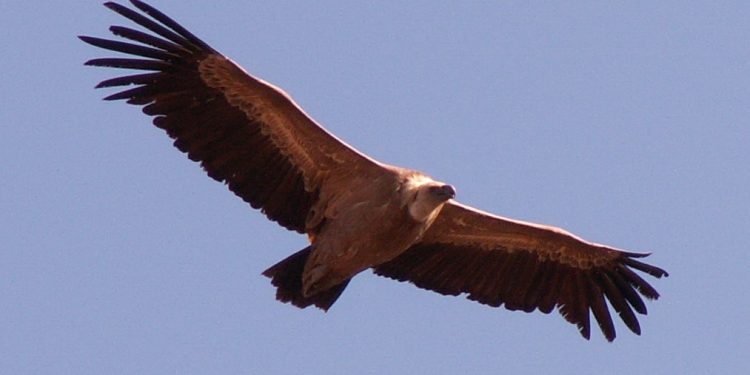 Arunachal Pradesh has recorded the highest number of vultures this season, according to a team of researchers from Ecology and Wildlife biology unit of Rajiv Gandhi University (RGU).

The team of researchers from RGU at Doimukh has recorded the highest numbers of vulture at Daying Ering Memorial Wildlife Sanctuary (DEMWS) till date.

The team has recorded a total of 97 vultures from Sibia ghat region under Namsing forest range of the sanctuary.

The report quoted Dr Danile Mize, assistant professor of RGU saying that this is the highest recording of vultures in the sanctuary so far, and it is a good sign for the wildlife conservationist as the vulture population has significantly increased at least in the sanctuary.

The team reported that Dr Tagum Tamut, senior veterinary officer, Pasighat informed that the use of Diclofenac for livestock has been completely banned by the Department of Veterinary Hospital at Pasighat and instead of it the safe drug Meloxicam is being in used.

Domek Koyu, Range Forest Officer, Namsing forest range, DEMWS told the team that the sanctuary is giving full effort for the protection and conservation of these threatened species in our sanctuary.

While appreciating the conservational measures carried out by the DFO, DEMWS for the progressive growth of threatened vulture species and other fauna within the area of the sanctuary, it appealed the state government and locals to be more considerate and supportive towards the wildlife and forest officials of the state as they work hard with outdated equipment, no emergency medical assistance, few support or safety systems and little recognition of the hazards they face every day just to protect our forests, wildlife, rivers, wetlands and other natural ecosystems and resources.

The team reported that the humid subtropical climatic condition, open grassland, dispersed tall trees cover are the favorable factors for the availability and survivability of vultures in the sanctuary.