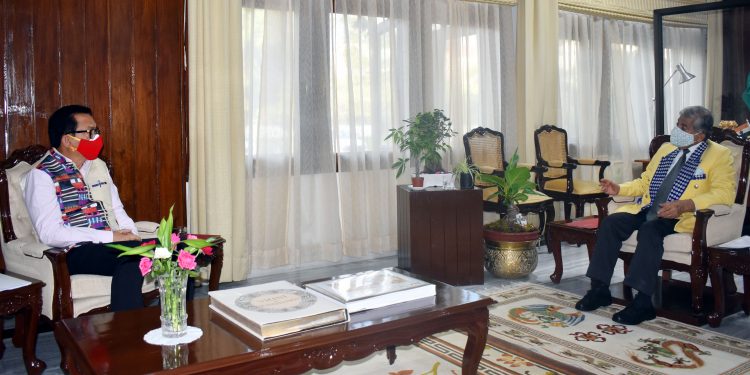 Important issues like the ongoing Covid-19 pandemic, hydropower development, non-conventional energy resources, pending pension cases and other developmental initiatives were discussed at length during the meeting.

The governor commended Mein for his in-depth focus on developmental progress and personally monitoring projects, especially in hydropower and non-conventional energy resources.

Arunachal Pradesh has huge potential in hydropower and the same must be harnessed for the benefit of the people and to make it a revenue surplus state, the governor said.

Solar projects must be encouraged and those installed earlier must be revived, he said while citing the solar powered project of Vijaynagar in Changlang district, which provides power for domestic lighting and telecommunication.

Sharing his concern for the widows and orphans approaching him for inordinate delay in processing of pension cases, Mishra said the matter of pending pension cases must be settled at the earliest.

Mein on his part assured to streamline the cases at the earliest.