Sharing the data on the state’s COVID19 status on its Twitter handle, the directorate of health services, Arunachal Pradesh on Monday said the 40 new positive cases have been detected in 12 districts of the state.

The health department informed that the highest number of positive cases (10) were reported from the Itanagar Capital Region on Monday.

The health department also informed that of the positive cases detected on Monday, 13 (33%) are central para-military forces (CPMF) personnel.

Meanwhile, 85 other patients, who were earlier infected by COVID19, have been discharged from 12 districts

With the release of 85 more patients, the total number of patients discharged from various hospitals or Covid Care Centres across Arunachal Pradesh increased to 1,893 on Monday.

The deadly disease has claimed the lives of 5 positive patients in Arunachal Pradesh so far. 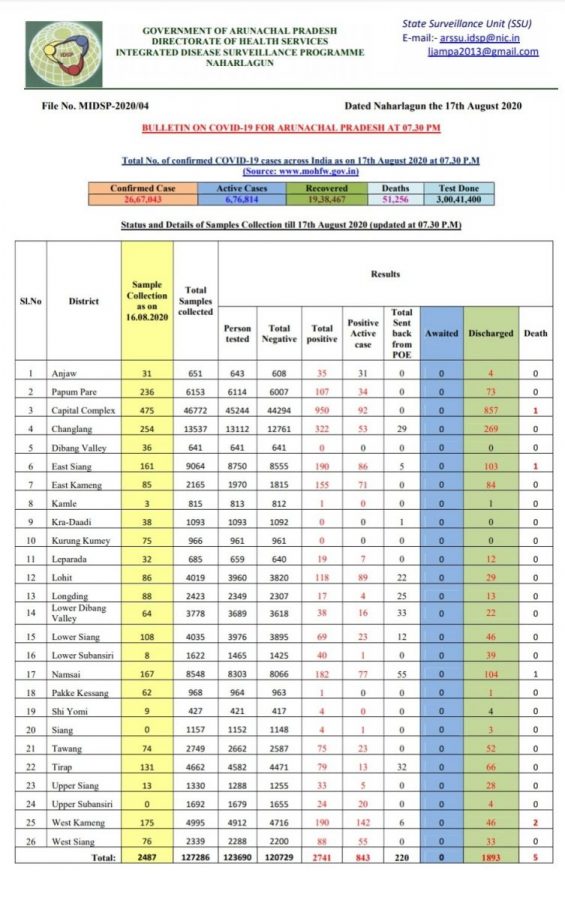