Strengthening police public relation and welfare of the local population, the 186 Battalion CRPF based at GTC, Pasighat organized a 2 days girls football tournament at Jawaharlal Nehru College, Pasighat playground on Friday and Saturday, on the occasion of International Women’s Day. 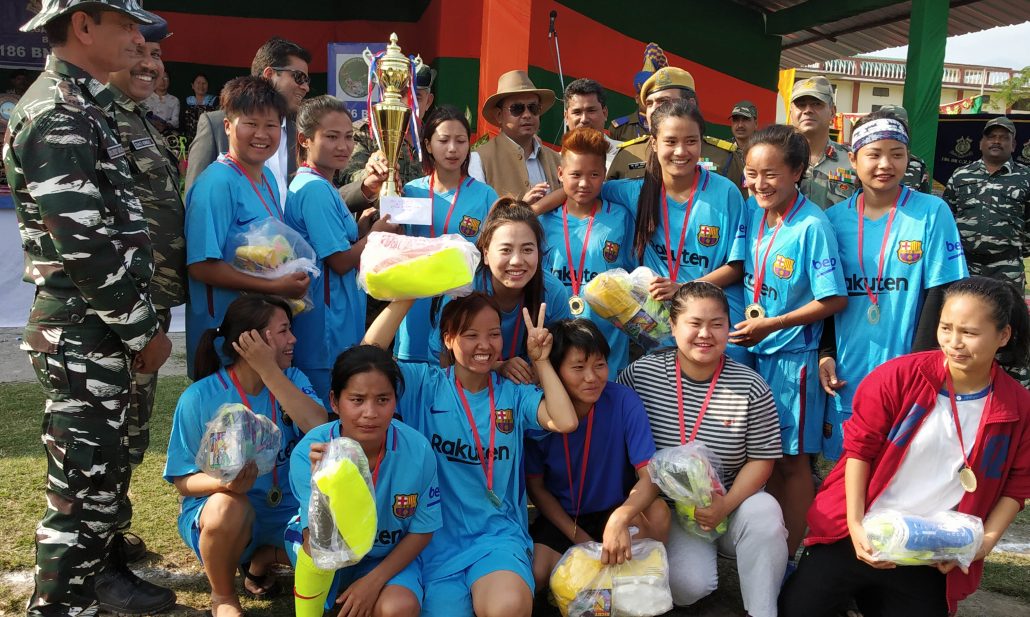 Rising team outplayed Siang valley comfortably by netting 3 goals in row but the losing team couldn’t materialize any goals despite getting some golden chances. Various Football kits were also distributed among the players and referees. 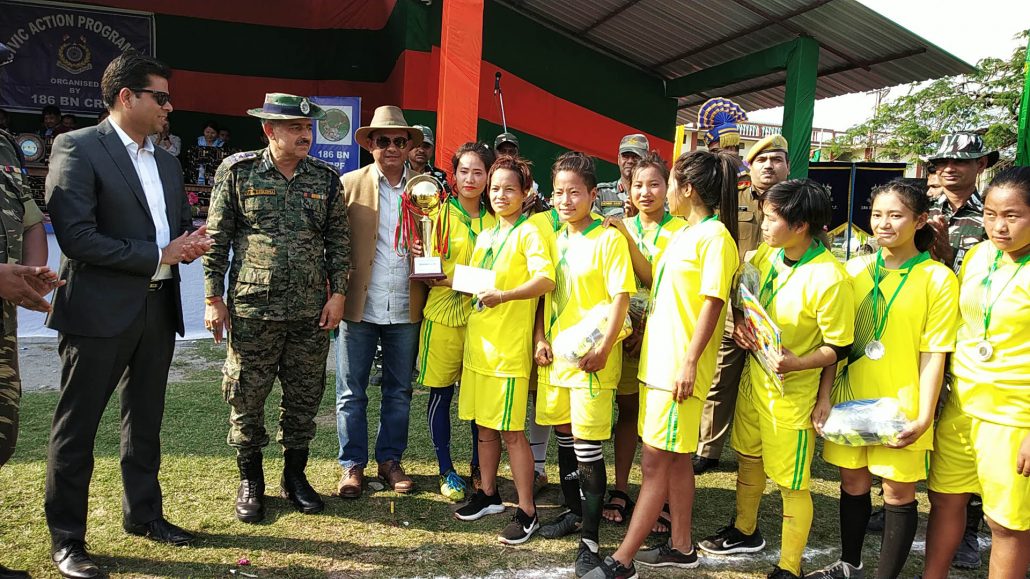 During the opening of the final match, a one-minute silence was also observed to pay tribute to the martyrs of Pulwama attack.  MLA Kaling Moyong, DIGP CRPF Dibrugarh VS Sharma and others spoke on the occasion and praised the sporting talents of the girls and expressed hope that these girls will shine in the career of sports in days to come.