Arunachal Pradesh: AAPSU lodges case against BRO for ‘showing’ town in State as part of Assam

The AAPSU has also served a 10-day ultimatum to the BRO to apologise to the people of the state for the act. 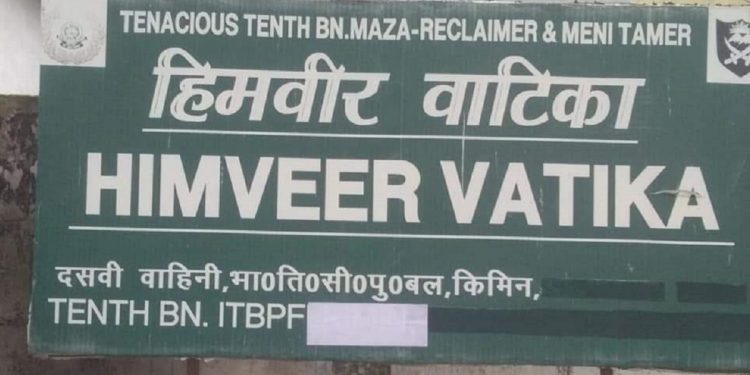 The All Arunachal Pradesh Students’ Union (AAPSU) has lodged an FIR against Kimin BRO (Border Roads Organization) chief engineer – Pramod Kumar for allegedly showing Kimin town in the State, as part of Assam.

The AAPSU lodged the FIR at the Itanagar Police Station on Tuesday and alleged that the BRO-Kimin Chief Engineer, apart from showing the town as part of Assam, also ‘renamed’ it to Bilgarh, during a programme attended by union defence minister Rajnath Singh last week.

The AAPSU has also served a 10-day ultimatum to the BRO to apologise to the people of the state for the act.

AAPSU president Hawa Bagang said there should be an immediate inquiry on the Kimin BRO chief engineer. He also said the union will take up the matter with Arunachal Pradesh Government.

The AAPSU also threatened to launch an agitation if the BRO fails to apologise to the people of the State for the act.

“AAPSU has also decided to ‘gherao’ the GREF camps across the state if the BRO fails to apologise to the state and its people. If they fail to do so, the BRO should leave the state,” Bagang said.

AAPSU general secretary Tobom Dai said: “The BRO’s act was intended to create dispute between the neighbours and also to disrupt the federal set-up of the country.”

The AAPSU has further asked the State and the Central Governments to probe into the allegations of large-scale ‘corruption’ in the BRO.

Signboards showing Kimin in Arunachal Pradesh were also allegedly covered by the BRO by white papers, which were later removed after the conclusion of Rajnath Singh’s programme.

Defence Minister Rajnath Singh was in Assam on June 18 to inaugurate 12 border roads constructed by the Border Roads Organisation (BRO). 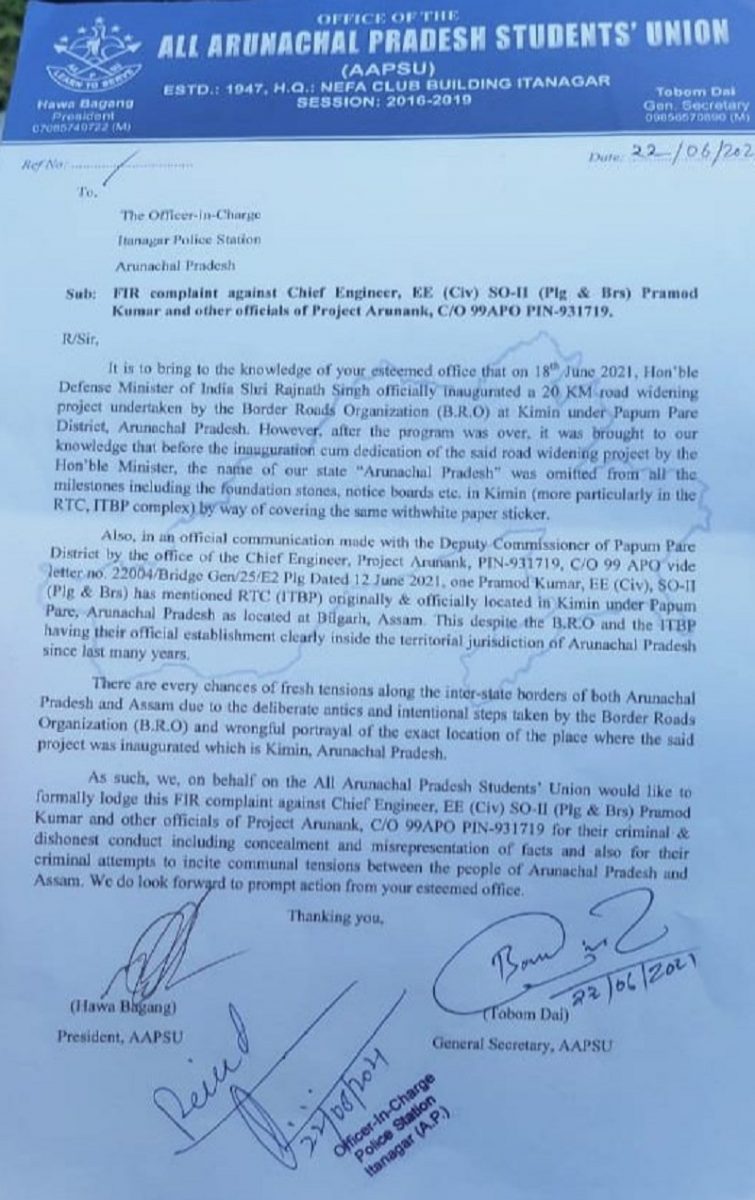