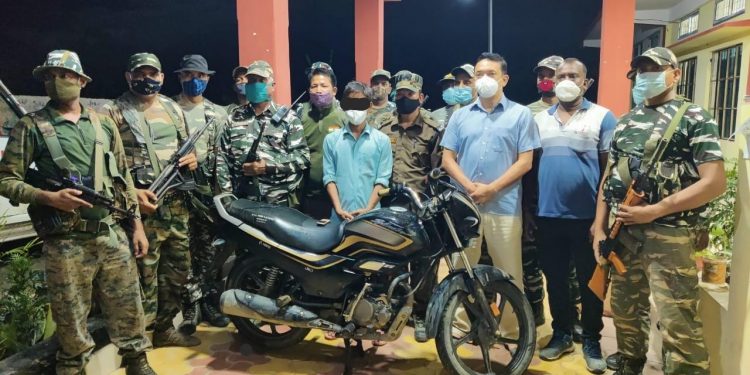 Security forces have apprehended two over ground workers (OGWs) of the NSCN-IM, who were trying to extort money from tea garden officials in Arunachal Pradesh’s Changlang district.

The OGWs identified as Baitu Youngja (51) and Chakngam Kongkang (30), were arrested from the Rangkatu Tea Estate on June 21 and June 22 respectively.

While Youngja was trying to extort money from the manager of the tea garden on behalf of a self-styled area commander of the NSCN-IM, Kongkang was found carrying an extortion note demanding Rs 2 lakh from the tea garden officials.

One motorcycle and a mobile phone were also seized from Kongkang’s possession, officials said.

Changlang SP Mihin Gambo said the arrest of the OGWs have foiled the desperate attempts made by the NSCN to extort money from the people.

“A criminal case has been registered at the Changlang Police station against the duo and further investigation is under process,” the SP said.