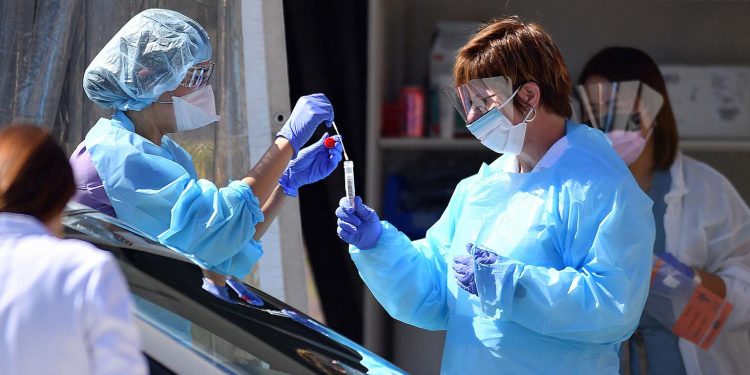 “The frontline workers are risking their own lives to protect those of others so we have to support them by religiously adhering to laid down guidelines and the SOPs of social distancing as prescribed by the government,” Tabin said.

Tabin was addressing the Nyishi Day celebrations at the NES headquarter at Richi-Jullang near Itanagar.

The day was observed in an unprecedented manner with very thin attendance and strictly following the standard operating procedure (SOPs) for social distancing.

It was informed that even Bengia Tolum, the society’s president could not make it to the celebrations following the lockdown.

Outlining the role played by the society in combating the deadly virus, Tabin said besides organizing awareness programmes, sharing opinions to the government and extending logistic and financial support to the ones in need, the NES has been also extending its sensitization programmes in the border areas considering the vulnerability of cross-border movements of people.

“The local administration, public leaders and gaon burahs enthusiastically participating in the sensitization programmes and have assured to guard the porous border and protect our beautiful state at all cost,” Tabin said.

He further added that facemasks and hand sanitizers were also distributed to the public during the sensitization programmes.

“Such sensitization programme is also being undertaken at the border areas of Seijosa under Pakke-Kessang district and Dollungmukh area of Lower Subansiri district,” he said.

“Further, the NES has also decided to supply some rice and other essentials to the border inhabitants, especially, those living in remote bordering areas like Borhill, Borsutum, Koi, Keding, Taranghappa etc,” he said.

Tabin earlier unfurled the Nyishi flag to mark the day.

‘Nyishi Day’ is celebrated to commemorate the historic constitutional amendment replacing the exonym ‘Dafla’ with the original name, Nyishi.

The day was also celebrated in all the districts and blocks inhabited by the Nyishi community including Charduar in Sonitpur district of Assam.