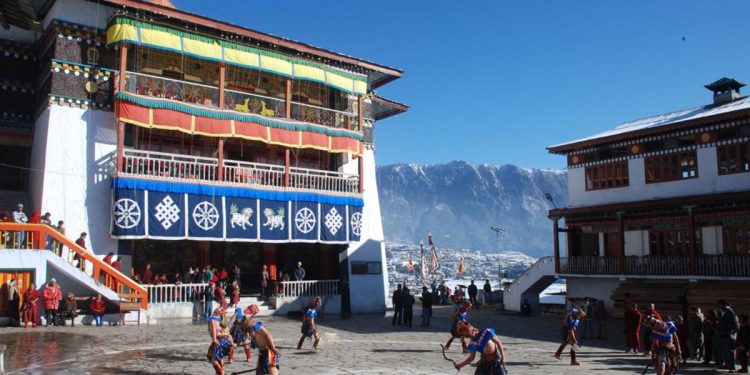 Monpa Mimang Tsogpa (MMT), an apex body of the Monpa community, has strongly condemned the statement by the All Nyishi Youth Association (ANYA) president on Tawang, which has gone viral on social media.

Monpa Mimang Tsogpa (MMT) has demanded the withdrawal of the statement by the ANYA president.

The secretary-general of MMT in a statement said the ANYA president had said: “Because of Tawang, Arunachal is called as Southern Tibet and befits to be called as Chinese as the TV news channels, the people listen to South Tibet news.”

This is “provocative, insane, unethical and un-parliamentary from a person of his stature”, the MMT leader stated.

The MMT secretary-general said: “The people of Tawang have been showing their patriotism since time immemorial and contributed immensely for the nation’s development and always stood with the Indian Army in defending the unity and integrity of our great nation.”

“In spite of repeated claims made by China, the people of Tawang have always stood with India,” the apex body of the Monpa community said.

During the 1962 war, people of Tawang showed their “exemplary patriotism by serving Indian soldiers as porters, and also helped in defending our great motherland by helping our Indian soldiers in carrying weapons and finding routes”.

“The Monpa community is deeply saddened by such irresponsible statement made by one of our own brothers,” the MMT said.

The MMT has sought an apology from the ANYA president for “hurting the sentiments of the Monpas”.