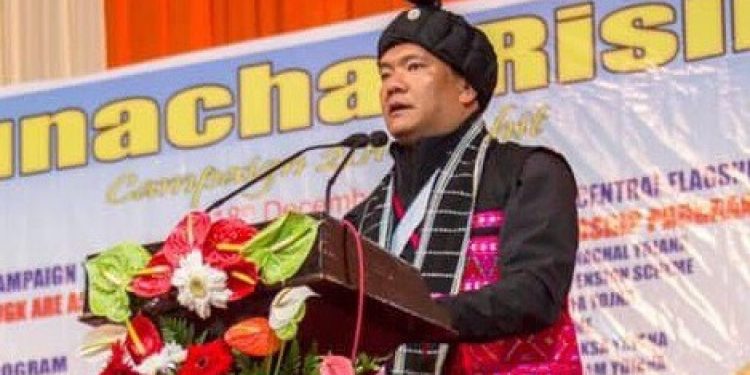 Arunachal Pradesh Chief Minister Pema Khandu on Tuesday informed that the much anticipated Hollongi Greenfield airport project has finally materialized and would soon see the light of day.

Khandu, who was addressing the Arunachal Rising Campaign rally at Tezu, the headquarters of Lohit district said that he recently had a meeting in the Prime Minister’s office in New Delhi, wherein he was informed that all decks have been cleared for the long pending airport at Hollongi near the State capital.

“Prime Minister Narendra Modi is expected to visit the State in January next year and he would lay the foundation stone for the airport,” the Chief Minister revealed.

Itanagar is also the only state capital in India not to have an airport.

The Greenfield airport project had earlier ran into rough weather due to controversies over the site selection. Initially, the site was selected as Karsingsa and then Home Minister Shivraj Patil had also laid the foundation stone on February 20, 2007 for the project.

However, owing to technicalities, the Director General of Civil Aviation (DGCA) and the Airports Authority of India (AAI) had asked the State Government to find some other suitable site for the airport.

The State Cabinet, in its meeting on July last year had approved the central technical committee’s recommendation for Hollongi as the feasible site for the airport.

Later, the State Government constituted a committee under the chairmanship of State’s Urban Development Minister Nabam Rebia to study the feasibility of the site.

Accordingly on the request of the State Government, a central joint inspection committee visited Itanagar last year to study the feasibility of the site and recommended Hollongi, which is around 25 kms from Itanagar.

As a follow up to the review meeting held by Union Minister of State for Communications (Independent) Manoj Sinha on April 26, the State Cabinet also approved a policy for granting the Right of Way (RoW) for telecom infrastructure in the state.

Union DoNER Minister Dr Jitendra Singh had on September announced that the foundation stone for the Greenfield airport in Itanagar would be laid by December this year.

The airport which would be built by the Airports Authority of India (AAI) over an area of 320 hectares, when completed, will be able to accommodate narrow-body jets like the Airbus A321 in the first phase.

Meanwhile, terming connectivity as the most imposing challenge for the State, Khandu, however, said that with the blessings of the Central Government, roads worth Rs 50,000 crore are under various stages of construction.

Besides, he said surveys are going on for various rail projects while advance landing grounds (ALG) are being made functional.

“We will soon procure fixed-wing aircraft for linking all these ALGs that would enable commercial flights within the State,” he added.

Khandu appealed to the people to cooperate and support the State Government in these endeavours and said the government or the Chief Minister alone cannot achieve everything.